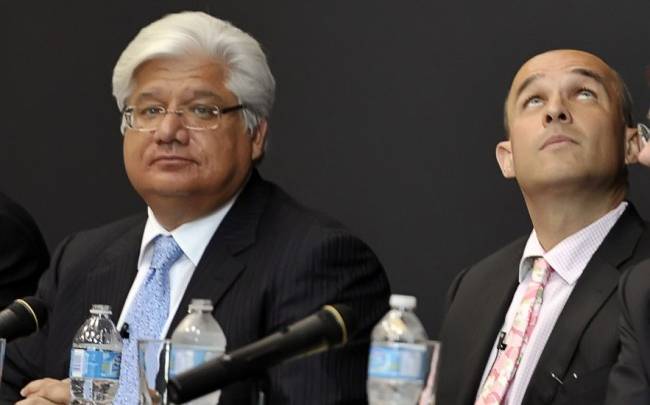 BlackBerry CEO John Chen isn’t the kind of guy who pulls his punches. Earlier this year he described BlackBerry as “a sick patient” that desperately needed emergency treatment and now in an interview with The Globe and Mail he’s made a laundry list of all the grievous errors former CEOs Mike Lazaridis, Jim Balsillie and Thorsten Heins made while they were running the ship.

One overarching criticism he has of the company no matter who was running it is that it would often over-promise and under-deliver by either missing deadlines or pushing out products that were half-finished.

“I realize that the company has some credibility gaps,” Chen tells The Globe and Mail. “[Our carrier partners] always complain about us being late or, somehow, somewhere in the middle of this, redefining what the features are.”

When it comes to more specific criticisms, Chen slammed Heins’ decision to cave in on carriers’ demands to slash service-access fees without having a credible plan to replace the revenue they generated. The result of this decision was that BlackBerry’s carrier revenue streams completely cratered at the same time its smartphone sales were falling apart at the seams, a massive double whammy that left the company with earnings that failed to meet already-low consensus estimates.

Chen also said that under Lazaridis and Balsillie the company lost its focus on the enterprise customers who had made it into a mobile industry powerhouse in the first place. And while the company was chasing after the consumer market that was being devoured by iOS and Android, small startups such as MobileIron and Good Technology were doing the things that BlackBerry should have been doing all along: Namely, helping its corporate customers transition to a bring-your-own-device world.

That should change now that Chen has refocused the company solely on holding and expanding its ground in the enterprise market while putting the consumer market in North America and Europe on the back burner for the time being. This explains why Chen has said most future BlackBerry phones will feature physical keyboards and will even come with the trackpads and function keys that BlackBerry stripped out as part of BlackBerry 10. In Chen’s view, the corporate customer, not the consumer, is BlackBerry’s true boss.