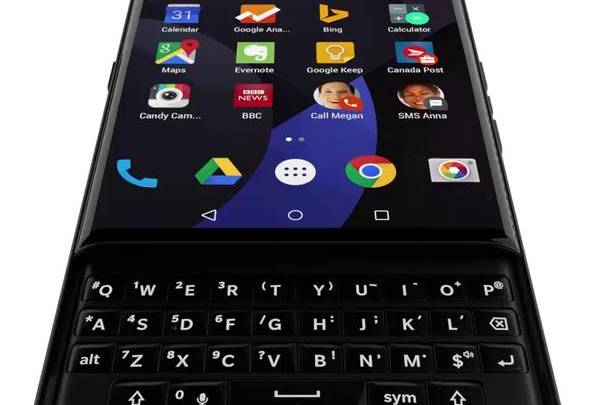 With BlackBerry reportedly planning to release its first Android phone in November, the number of leaks surrounding the company’s rumored Venice slider are starting to come in at a furious pace.

Over the weekend, Evan Blass put out a series of tweets which shed even more light on a device that is having a tough time keeping any of its features under wraps.

First off, Blass tweeted out an animated gif which purports to show a demo of what the BlackBerry Productivity suite is going to look like on the rumored device. Here it is in YouTube form.

Second, Blass published a file list which suggests that BlackBerry’s first Android handset will incorporate a number of traditional BlackBerry features into the mix.

This is no stock Android handset… pic.twitter.com/3RgBQHsCng

If you’ll recall, the BlackBerry Productivity Suite essentially brings the Hub, BlackBerry Calendar, BlackBerry Contacts, Docs to Go, the BlackBerry Keyboard and finally, Universal Search, which would explain some of the APK files noted to be on the Venice as posted earlier by @evleaks.

As Blass tweeted over the weekend, the takeaway from all of this is that BlackBerry’s Venice slider will much more than a stock Android handset as it will feature some beloved BlackBerry features and experiences built right into the system.

As for other features to look forward to, BlackBerry’s first Android device will reportedly come with an 18 megapixel camera with optical image stabilization and a slide-out physical QWERTY keyboard. Hardware wise, the Venice slider will likely feature a hexa-core 1.8 GHz Snapdragon 808 processor, a 5.4-inch display, and a generous 3GB of RAM.