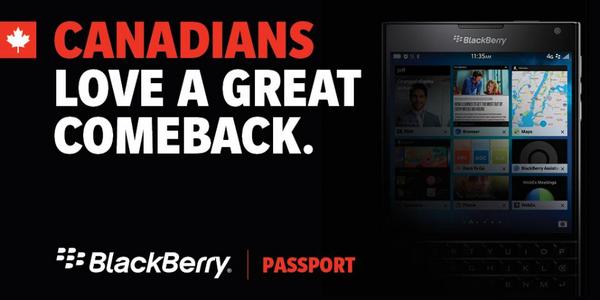 In case you haven’t noticed, there’s a lot of media hype surrounding a little device called the iPhone 6 that was just unveiled, but BlackBerry wants you to know that you shouldn’t even bother to get it, especially with the BlackBerry Passport just around the corner. In a new “BlackBerry Fact Check” post that went live on Tuesday, BlackBerry tried to give enterprise customers the facts why they should stick with their BlackBerry devices instead of moving over to iOS 8.

“BlackBerry will remain the device of choice for those who value security and productivity,” wrote BlackBerry. “Our legacy is in enterprise-grade secure devices, and with BlackBerry 10 we offer the best device for security, productivity, communication and collaboration for businesses around the world. And that’s a fact.”

BlackBerry has also put up a PowerPoint slideshow of reasons why BlackBerry 10 still smokes the iPhone in terms of productivity, although some of those reasons are now out of date with the launch of the iPhone 6.

For instance, BlackBerry touts its phones’ “support for information and payments with a tap via NFC.” As you probably know already, Apple announced NFC-enabled payments on its iPhone 6 earlier on Tuesday. BlackBerry also boasts that its phones allow for “fast and accurate typing on both physical and virtual mobile keyboards,” but with the release of iOS 8, iPhone users will finally be able to install third-party keyboards that will let them type much more quickly and accurately than on Apple’s standard iOS keyboard.

Of course, there is one thing the iPhone 6 can’t do, which is let you look at an x-ray of your lungs with a 1:1 aspect ratio like the BlackBerry Passport’s square display can — surprisingly, however, BlackBerry left this fact out of its fact check.

Be sure to read BlackBerry’s whole post by clicking the source link below.