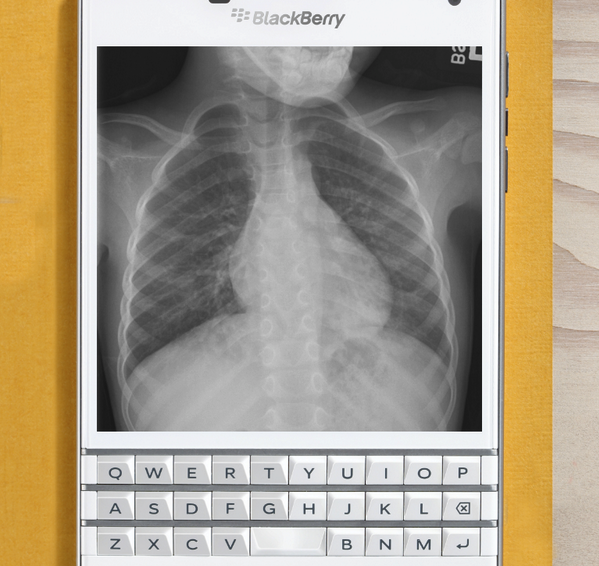 If you aren’t clamoring for the BlackBerry Passport yet, just wait until you see how well it can portray x-rays of your lungs. In a new post highlighting the Passport’s unique square display, BlackBerry says that the Passport’s resolution is perfect for seeing images accurately and clearly while noting that any doctor who wants to look at detailed x-rays on their smartphone couldn’t do any better than the device’s 4.5-inch screen.

“The above image portrays an x-ray of a lung viewed on the large square touchscreen found only on the BlackBerry Passport,” writes BlackBerry. “In situations where you need a greater view of documents, medical imagery or technical schematics – screen size really does matter.”

Of course, when doctors usually look at highly detailed x-rays, they’ll likely look at it on a larger display than the one offered by the BlackBerry Passport. Nonetheless, the Passport’s square display does boast an impressive resolution of 1,440 x 1,440 pixels that BlackBerry says offers “unique clarity and dimensions for a smartphone.”

The BlackBerry Passport is going to release sometime in September when it will go head-to-head with the iPhone 6, the Galaxy Note 4 and multiple new smartphones from Motorola. Pricing for the device has not yet been revealed.