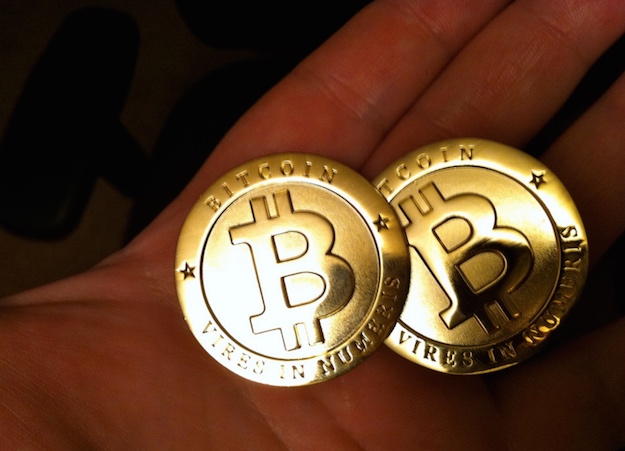 Either [Craig Steven] Wright invented bitcoin, or he’s a brilliant hoaxer who very badly wants us to believe he did: so states an absolutely fascinating Wired article which purports to reveal the true identity of the man who created Bitcoin, the popular and at times misunderstood digital currency.

Ever since Bitcoin jumped into the mainstream vernacular, there have been no shortage of longstanding and still unanswered questions surrounding its origins. Back in 2014, Newsweek claimed to have located Bitcoin’s inventor, a California man named Satoshi Nakamoto. While the report certainly generated a lot of press, Newsweek’s evidence was rather thin. Not helping matters was that the man identified by the publication didn’t seem to possess the requisite skills that one would need to get something like Bitcoin up off the ground.

The same can’t be said of Craig Steven Wright, an Australian renaissance man who Wired has pegged as one of two Bitcoin inventors. Perhaps not surprisingly, Wright appears to be just as eccentric as he is brilliant.

He is also—parallels to Nakamoto aside—a strange and remarkable person: an almost obsessive autodidact and double-PhD who once boasted of obtaining new graduate degrees at a rate of about one a year. He’s a climate-change denier, a serial entrepreneur who started companies ranging from security consultancies to a bitcoin bank, and an eccentric who wrote on his blog that he once accepted a challenge to create a pencil from scratch and spent years on the problem, going so far as to make his own bricks to build his own kiln in which to mix the pencil’s graphite.

While the evidence laid out by Wired isn’t bulletproof, it’s undeniably compelling. From cryptic blog posts to Wright’s own Bitcoin fortune, there’s a whole lot of evidence pointing to Wright being the true man behind the famed Satoshi Nakamoto psuedonym associated with Bitcoin. Recall, the famed Bitcoin white paper was penned by a man ostensibly named Satoshi Nakamoto.

“More circumstantially, Wright’s blog, his public records, and his verified writings on mail lists and Twitter sketch a man who matches with Satoshi Nakamoto’s known characteristics well enough to place him leagues above other candidates,” Wired writes. “He’s a former subscriber to the 1990s “cypherpunks” mailing list devoted to anti-authoritarianism and encryption, an advocate of gold as a financial tool, an accomplished C++ coder, a security professional plausibly capable of writing a tough-to-hack protocol like bitcoin, a libertarian who battled with tax authorities, and a fan of Japanese culture.”

Some other points worth mentioning include the fact that Wright owns a company that has built two supercomputers that are two of the fastest 500 machines in the world.

The entire Wired profile on Wright is well worth reading, but the saga surrounding Wright doesn’t end there. Shortly after Wired’s piece went live, Gizmodo, armed with its own research, published an even more in-depth look at the origins of Bitcoin, themselves laying out a case that the crypto-currency was, in fact, developed by Wright and his former (and now deceased) business partner, one David Kleiman.

For instance, during the course of an interview Wright had with the Australian Tax Office regarding his monetary holdings, the alleged Bitcoin founder said.

I did my best to try and hide the fact that I’ve been running bitcoin since 2009 but I think it’s getting – most – most – by the end of this I think half the world is going to bloody know.

An excerpted screenshot of said transcript can be seen below.

As an additional point of interest, the following video shows Wright appearing on camera at the 2015 Bitcoin Investor conference. When prompted to introduce himself (at about 1 minute in) and explain how came to the Bitcoin space, Wright says he is a former academic who has been involved with Bitcoin “for a long time.”

From hacked emails to a careful analysis of blog posts from many years ago, there’s a whole lot of information to digest. Make sure to hit both Wired and Gizmodo’s investigative reports (via the source links below) to catch up on and evaluate the evidence yourself.

Of course, it wouldn’t be a true Bitcoin story with out a bit of drama thrown in for good measure. That said, The Guardian is reporting that Wright’s home was raided by Australian police following Gizmodo’s published report.

More than 10 police personnel arrived at the house in the Sydney suburb of Gordon at about 1.30pm. Two police staff wearing white gloves could be seen from the street searching the cupboards and surfaces of the garage. At least three more were seen from the front door.

Guardian Australia understands the raids are not related to the claims that Wright may have been involved in the creation of bitcoin, but are related to an Australian Tax Office investigation.

And so the plot thickens.