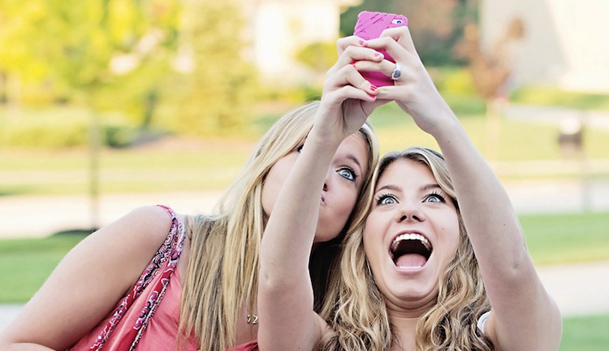 Snapchat, to the surprise of many, has managed to become a bonafide social media platform with nearly 200 million active users. In turn, the service has expectedly become home to a number of celebrities and media personalities who use the app not just to connect with friends, but with fans worldwide.

If you’re new to Snapchat, or even if you’re a vet looking for some new folks to follow, we’ve put together a list of some celebrity accounts worth checking out.

Apparently Hilton is now a DJ of sorts. Still one for living the good life, you can peep what this famous socialite is up to over at Realparishilton.

Did she ever get that money she was demanding? Who knows, but as a certified hit maker with a brash and unapologetic personality to boot, Rihanna is anything but boring. You can keep tabs on her over at Rihanna.

Wanna keep tabs on this talented record producer and DJ? Give him a follow at Calvinharris. You might even be treated to a few teaser tracks from upcoming albums.

This Sports Illustrated swimsuit model is on the rise. You can check out what she’s up to at DoubleGiForce

When shes not bizarrely licking donuts, Grande is a big Snapchat user you can follow at Moonlightbae

If you haven’t heard of this up and coming rapper yet, just wait. If you wanna get in on the ground floor, check him out at ChanceTheRapper

While it’s odd that Schwarzenegger is on Snapchat, is it really that crazy given that the Terminator star was actually the Governor of California? You can keep tabs on the Governator over at ArnoldSchnitzel.

8. The Tonight Show with Jimmy Fallon

Jimmy Fallon truly understands the power of social media. Hopping on the Snapchat bandwagon, follow fallontonight and you’ll be able to see what guests are scheduled to appear before anyone else, along with some general hilarity.

Taco Bell gets a bad rap, but come on, where else can you get a tasty 3,000 calorie dinner for under $5? You can see what the “make a run for the border!” folks are up to at TacoBell.

Say what you will about Seacrest, but the man is a bonafide media hitman. In addition to hosting American Idol, Seacrest also executive produces Keeping up with the Kardashians. You can keep up with him at RyanSeacrest.

You’re not going to see any wild photos here, but the nprnews Snapchat account will give you some interesting facts taken from recently aired stories.

Bristowe, who you can currently see on ABC’s The Bachelorette has long embraced social media as a way to connect with fans. Even if you don’t watch the show, Bristowe has a wicked sense of humor which makes following her at Snapbackbean a wise move.

Leto has has something of a charmed career after his breakout role on My So Called Life. You can keep tabs on him at JaredLeto. Trust us, his account is anything but boring.

Ah, Miley Cyrus. The girl has talent, you can’t deny that, but some of her attention-seeking exploits can get a bit tiresome. Still, if you want a bit of crazy Snapchatting in your life, make sure to check her out at MileyCyrus.

As in the HBO show Girls. This account, which you can find at girlshbo, shares behind the scenes photos, quotes, and even previews for upcoming episodes.