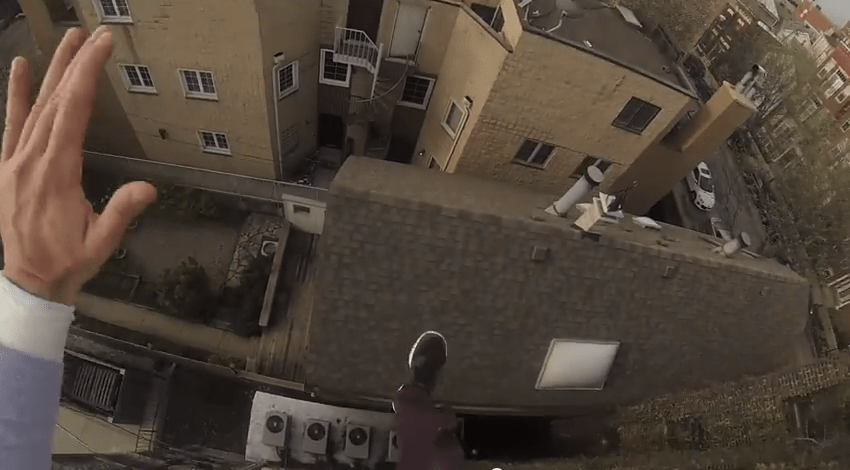 Repeat after me, everyone: Do not try this at home. GoPro has just posted an amazing new video that shows us what it’s like to jump from the roof of a four-story building and live to tell about it. The video was made by professional stuntman Ethan Swanson, who expertly figured out the proper angle and force of his jump that he would need to land on the downward slope of a smaller building’s roof below and slide safely to the ground. In the end, the only damage he sustained was of a torn pants leg.

GoPro videos have really taken off this year, as so far we’ve seen some insane footage of tornadoes, car crashes and accidental sky dives. GoPro has been so inspired by all these videos going viral that it’s decided to start posting some of its own videos that show off all of the crazy things that GoPro owners are doing with their cameras.

Watch the full video below and, once again, do not even think of trying this at home.