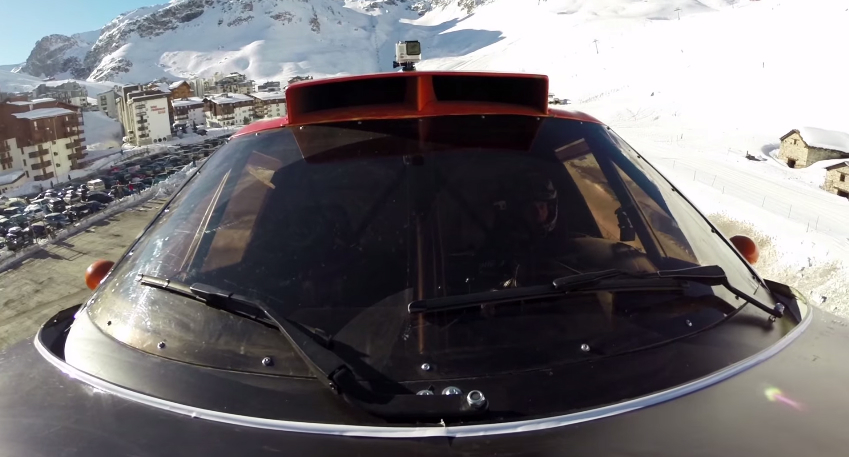 GoPro cameras have recorded many videos showing amazing, intriguing and terrifying events around the people wearing them, and the company has published a new video on its YouTube channel that might be the most viscerally frightening yet. While trying to document one driver’s attempt at of beating the world record for the longest ramp car jump using only its cameras, GoPro managed to capture the extremely scary experience of a high-speed car crash.

Professional skier and rally driver Guerlain Chicherit, who was behind the wheel of a specially crafted Mini Cooper, escaped only with minor injuries after what could have been a more disastrous experience.

“The life of a professional stunt athlete is rarely without consequences,” 4 Wheel Motor Sports Creative Team Leader for GoPro Original Production James Kirkham explains. “We see them fall, crash, get hurt and, yes, sometimes they die. But what we captured inside of Guerlain’s car was very different than a crash video – it was a deeply ethereal, intimate human experience. We captured ‘that moment’ – A look on a man’s face and a light in his eyes when he realizes, ’this is it. I am going to die.’ Three or four seconds later that seem like minutes, without time. Where I expected to see fear, panic, contortion, and pain, Guerlain shows us a deep existential calm.”

The full video follows below, and you should be sure to check out all of the videos sent in by GoPro users that are available at this link.