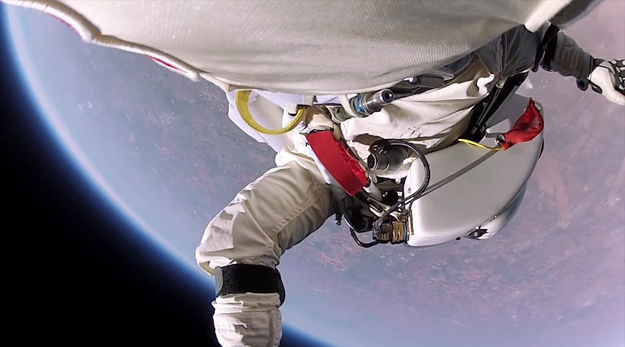 WARNING: The following video is as terrifying as it is amazing, and probably should not be watched by the faint of heart. With that out of the way, GoPro on Friday released what is without question the most amazing high-definition video of all time that was captured by a GoPro camera. Known for their durability and portability, GoPro cameras are often the tools of choice for capturing video in extreme conditions. Simply put, we’re not sure that there’s anything more extreme than leaping off of a space craft and free-falling from outer space.

Felix Baumgartner’s 2012 jump from outer space to Earth was incredible. Now, for the first time since the leap, we get to experience the thrill and the horror in high-definition thanks to a newly released version of footage captured by the GoPro camera that Baumgartner’s rig was equipped with. The video is absolutely incredible, and those prone to motion sickness should probably stop watching shortly after the 5-minute mark.

Don’t say we didn’t warn you.

The new footage of Baumgartner’s leap from 24 miles above sea level is embedded below.