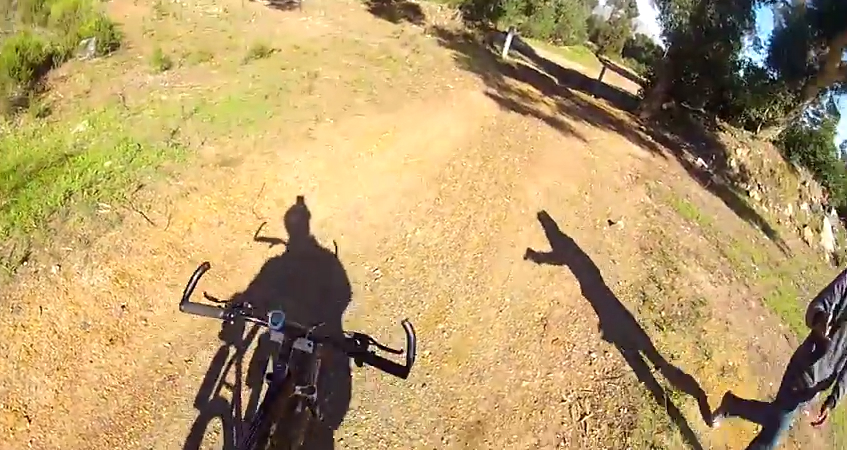 A GoPro user in South Africa recorded the scariest experience of his life using a wearable GoPro camcorder while biking through Somerset West in South Africa last week, and he posted the resulting video on YouTube. A man holding a gun helped by two others stopped Malcolm Fox on Saturday, asking for his belongings and bike, all the while ignoring the GoPro camera on his helmet that was recording the whole ordeal.

“[Mountain Bike] ride on Saturday 31st May 2014 from Ongegund, last few km’s before end of session,” Fox wrote on YouTube. Armed gunman and 2 others stopped myself and took cellphone, car keys, oakleys and bike. Fortunately they did not have a clue what a GoPro was and this is the evidence that will assist in their prosecution!”

The three suspects have been arrested, The Citizen reports, and the recording was instrumental in their capture. Two alleged robbers were arrested on Sunday, just a day after the incident occurred, with the third having been caught a day later.

Fox recovered his cell phone, but not the bike.

The video has gone viral on YouTube, hitting almost 1.5 million views since Monday.

GoPro cameras have been more and more popular lately, with many adventurers recording all sorts of personal experiences, some more terrifying than others. To check out some of the GoPro videos posted on YouTube follow this link.