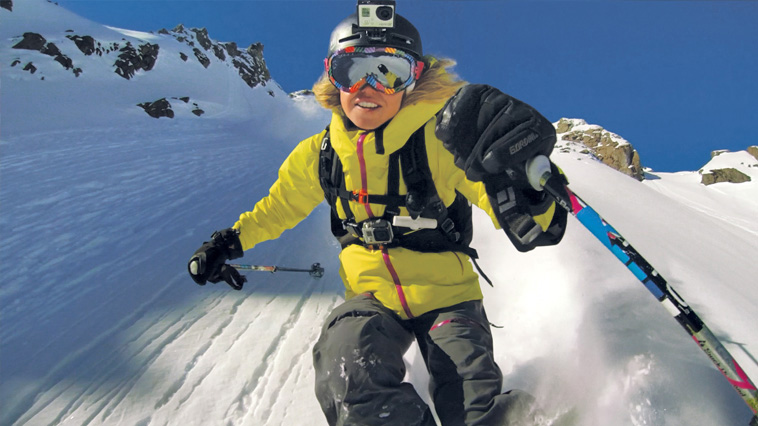 The biggest consumer market trend of the past decade has been how smartphones have suffocated one consumer product category after another. Portable video game consoles, music players, cameras — stand-alone devices have been left reeling by the relentless improvement of smartphone processing power, memory size and camera quality. Global camera sales shrunk by a stunning -40% in 2013. The immensely powerful Nintendo empire is reeling as its cornerstone 3DS handheld franchise has started missing sales targets. iPod sales have dived into terminal decline.

Yet in rare cases, betting against smartphone dominance can pay off.

GoPro is one of those rare creatures, a company that has thrived by betting that smartphones cannot crush all narrowly focused, stand-alone consumer electronics categories.

GoPro has carved itself a niche by focusing on selling compact HD cameras that are used to capture a wide variety of feats like snowboarding, skydiving, biking, climbing and so on. These small durable cameras have been attached to beaks of large birds, helmets of guys jumping from orbit and belts of daredevil skyscraper climbers.

The key insight here is that the voracious appetite for short video clips that is now being fed by Vine, Instagram and YouTube cannot be slaked by smartphones alone — the phones simply are not suitable for shooting all kinds of action footage.

On Monday, GoPro announced its intention to go public and its filing for an initial public offering (IPO) is a fascinating read. Not only did the company nearly hit $1 billion in revenue 2013, but it is delivering surprisingly decent profit margins.

Net income was roughly $60 million last year. This is not a huge bonanza, but interestingly, GoPro seems to be more profitable than just about any smartphone vendor other than Apple and Samsung.

Whether GoPro’s IPO is a success remains to be seen — the company’s recent evaporation of sales growth seems alarming. But it’s fair to say it’s an unmitigated triumph for the company to get to the public offering stage at all.

Back in 2010, very few people would have bet that a camera vendor would be going public in 2014, while BlackBerry, Motorola and Nokia’s phone businesses are all practically extinct.