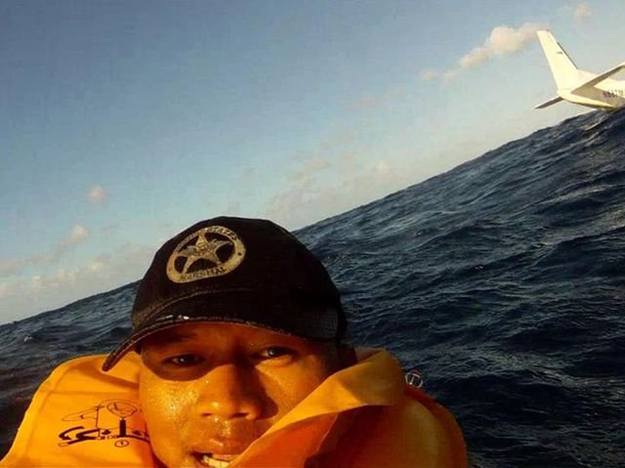 It’s every air traveller’s worst nightmare, and one passenger aboard a flight off the coast of Kalaupapa, Molokai in Hawaii recently gave the world a first-hand look at what it’s like to go down in a plane crash. Thanks to the proliferation of smartphones and other portable cameras like the GoPro, we now often see firsthand accounts of events that only a lucky few — or a very unlucky few, in this case — could experience in the past. The latest example comes from Ferdinand Puentes, who pulled out his GoPro camera and began filming recently when an airplane he was aboard abruptly fell out of the sky off the coast of Hawaii.

The footage captured by Puentes shows passengers inside the cabin quietly bracing themselves as their plane descended over the ocean off the coast of Molokai, a small island in Hawaii. The skillful captain maintained control of the small plane, managing to execute a water landing that likely saved the lives of everyone aboard the flight.

We then see the passengers scramble to collect any belongings they can as water rushes into the cabin of the downed aircraft.

Puentes continued filming with his waterproof GoPro as he and other passengers secured their life vests before leaping from the plane into the ocean. The passengers clung to the wings of the plane at first, but then had to scramble to get away from the aircraft as it began sinking into the water.

The full video, which was included in a recent ABC News report, is embedded below.