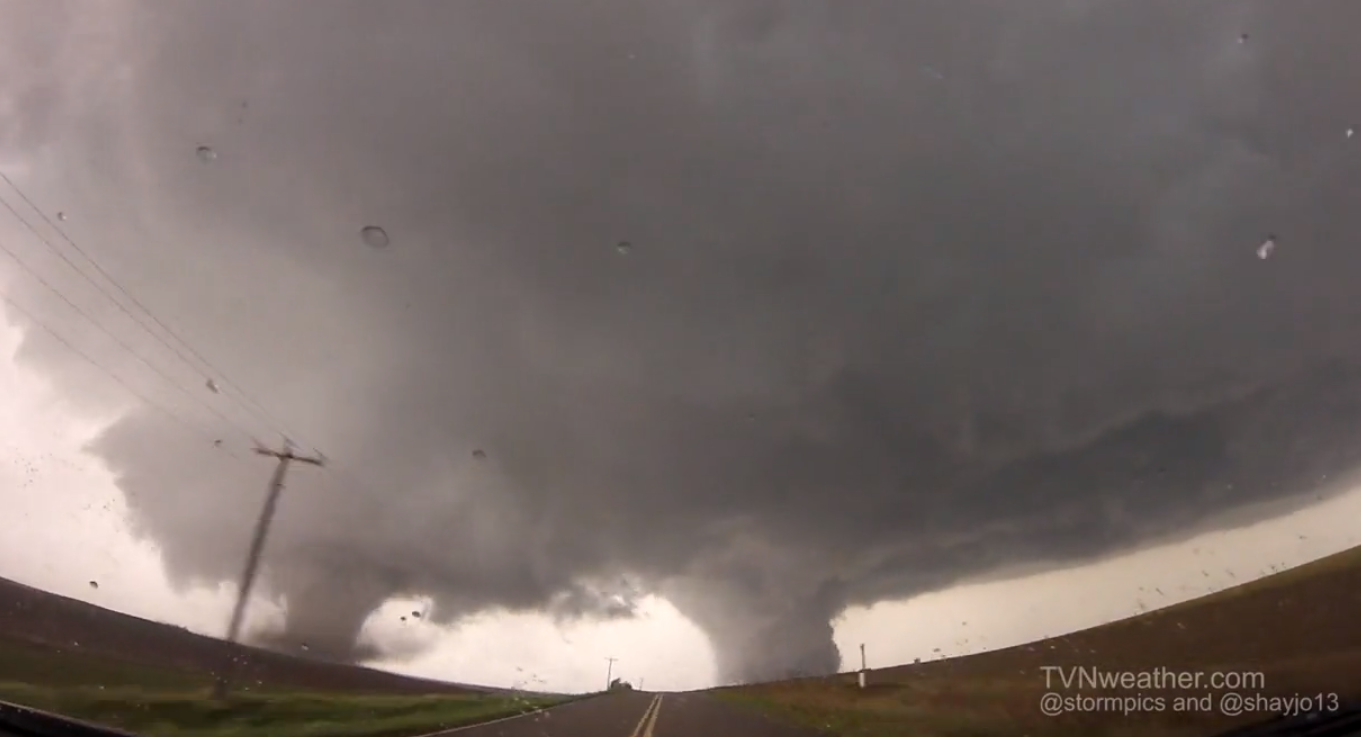 We’ve seen our share of scary GoPro videos over the past several months but this latest one takes us about as close as we ever want to be to two tornadoes that simultaneously tore through large areas of Nebraska last month. The video was filmed by storm chasers Dick McGowan and Shay Phillips, who shot footage of the twin tornadoes on June 16th this year in Pilger, Nebraska using their GoPro camera while safely behind the wheel of a car.

What makes the video remarkable is to see just how much debris these terrifying cyclones are spitting out, which makes it even more amazing at the very end of the video when they slowly seem to merge into one another. The video also has some closeup footage of a gigantic tornado that touched down in Stanton, Nebraska on the same day.

The full video, which we found posted on the Facebook page of self-described “extreme storm chaser” Reed Timmer, follows below.