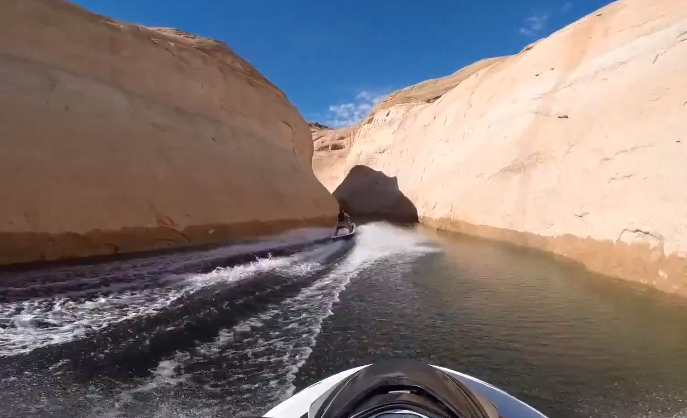 What we love about GoPro videos is that they give us a first-person look at incredible sights and daring stunts that we ourselves might not want to go through. A terrific GoPro video recently posted on YouTube shows us some gorgeous footage of a man on a jet ski zipping through the water that winds through Mountain Sheep Canyon at Lake Powell, which is locate across both Arizona and Utah.

FROM EARLIER: Watch this crazy GoPro video of a man leaping off a four-story building

The video was filmed using a GoPro HERO3+ Black Edition and it’s of such a high quality that it almost looks like you’re playing a racing game while you’re watching it. Anyone hoping for the video to end in tragic disaster shouldn’t get their hopes up, however, because the jet skier wisely slows down their vehicle as they encounter more narrower passages and tighter corners.

Nonetheless, the whole video is worth watching and can be found below.