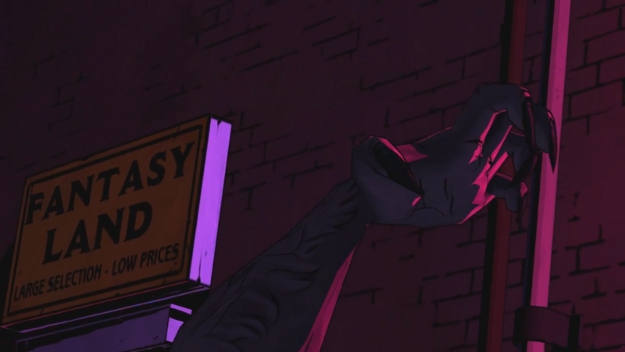 You’ve probably noticed that ever since the launch of the PlayStation 4 and Xbox One, BGR has been expanding its gaming coverage rather substantially, from previews and reviews to features and trailers. We’ve decided to combine some of that coverage to bring you all the week’s best game trailers in one convenient location. Here are the five best game trailers for the week of March 30th.

This one was important enough for us to cover when it hit on Thursday, but we still couldn’t bring ourselves exclude it from the round-up. Saying that Mario Kart 8 could save the Wii U might sound a bit hyperbolic, but it wouldn’t be too far from the truth. Well over a year out from the Wii U’s launch, Nintendo fans are still starving for first-party content, the lifeblood of any good Nintendo console. Super Mario 3D World was enough to keep our hopes up, but Mario Kart 8 could be the family-friendly savior we thought might never arrive. With the one-two punch of Mario Kart and Super Smash Bros., Nintendo might just cling to life in 2014.

Licensed games are always hit-or-miss, but when developers take risks and work with material beyond the established fiction, there’s always the potential for a worthwhile experience. Shadow of Mordor genuinely shocked us when it appeared out of nowhere late last year, promising bold innovations and a dynamic, living world within Tolkien’s Middle-earth. We’ve saw plenty of gameplay footage in the premiere video, and now Warner Bros. is back with a story trailer to flesh out Talion’s tale.

I have to be honest — after spending several hours with The Elder Scrolls Online during the beta, I didn’t find a whole lot to love. It’s a competent action RPG with great voice acting, but the world of Tamriel felt all too static. Now that the MMO has officially launched, thousands of players are jumping in to try TESO for themselves, and to celebrate, Bethesda has released an epic cinematic trailer that just might be more exciting than anything you can actually do in the game. If you picked up the game, let us know how you like it so far in the comments below.

What’s scarier than a haunted house? How about the deepest depths of the ocean? That’s the setting for Frictional Games’ next horror title, SOMA, a game “set deep below the water’s surface.” If you don’t know Frictional Games, this is the same team that freaked us out a few years ago when released Amnesia, a first-person horror game that started a trend on the PC and slowly made its way to consoles. Don’t start hyperventilating quite yet — SOMA won’t hit PS4, Windows, Mac and Linux until 2015, but you can get a quick look in the trailer above.

The Wolf Among Us: Episode 3

Telltale Games had some big shoes to fill after the first season of The Walking Dead wrapped up. Bringing many players to tears as an emotional journey came to an end, The Walking Dead received Game of the Year awards from dozens of online publications, and everyone was anxious to see what the developers would work on next. The Wolf Among Us hasn’t been lauded quite as highly as its zombie-filled precursor, but reviews were overwhelmingly positive for the first episode. After a bit of a stumble with Episode 2, Telltale is back with a new chapter in the fantastical murder mystery. We’ll likely have some coverage once the game releases on April 8th.