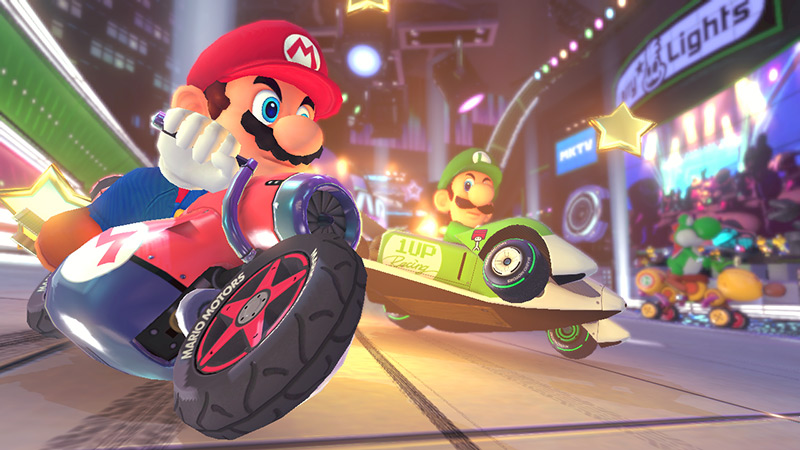 The release of Mario Kart 8 was always going to be a big deal but it’s more important than ever because both it and the new Super Smash Bros. game are now the last, best hope for the Wii U. Nintendo on Thursday unleashed a brand-new trailer for its Mario Kart 8 racing game that showed off some new characters that have been added to the mix as well as some killer new courses that we haven’t seen before, including the newest version of Rainbow Road. Mario Kart has long been one of Nintendo’s biggest hits and it’s banking that Mario Kart 8 will be the game that finally helps boost Wii U sales. 2008’s Mario Kart Wii has sold an estimated 38.8 million copies and 2011’s Mario Kart 7 for the 3DS sold around 18.1 million copies, so if Mario Kart 8 sells as well as either of those two games it would give Nintendo’s newest console the jolt that it desperately needs. The new Mario Kart 8 trailer follows below.