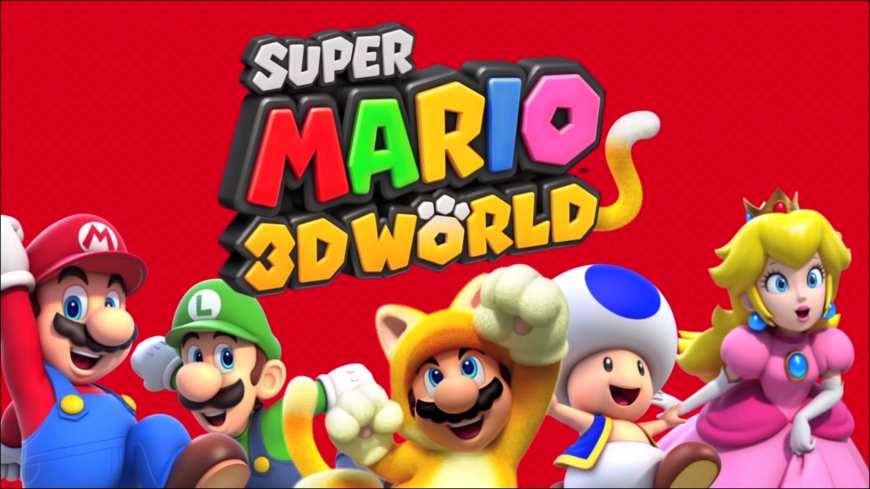 If you had asked me a month ago which consoles I’d be spending the most time with over the holidays, the Wii U and the Nintendo 3DS would not have been on that list. Two huge releases later, however, and I’m having trouble deciding which Nintendo console to power on.

Super Mario 3D World is the sequel to Super Mario 3D Land, which released on the 3DS in 2011. Of course, sequels in the Mario series are more about gameplay, aesthetics and level design than they are about story or character development. Although Super Mario 3D World and its prequel are both full 3D Mario games, the layout of each level tasks the player with continuous forward motion, combining the classic appeal of the 2D platformer with the colorful, fully realized worlds of more recent console releases.

Over the years, I’ve grown bored with the classic formula, replicated in the New Super Mario Bros. series on the Wii, Wii U, DS and 3DS. Super Mario 3D World is the perfect middleground. Each level feels like a slice of a larger world, populated with Boos, Goombas, Koopas, and Piranha Plants for Mario, Luigi, Peach and Toad to stomp on, swipe at, and dispatch by any means necessary.

And there are plenty of means with which to handle the out-of-balance villian-to-hero ratio in the Mushroom Kingdom this time around.

The most publicized new addition is undoubtedly the best: the cat suit. Not only is the cat suit inexplicably adorable, even when there’s a chubby Italian plumber stuffed inside, it also opens up a entirely new method of traversal. Platformers typically involve jumping (hence the name), but with the cat suit equipped, climbing suddenly becomes an option for Mario’s team. It might not immediately strike you as a useful supplement to the ever-expanding list of powers in the series, but as the difficulty ramps up along with the scale of the levels, desperately pawing your way up the side of a cliff might be what saves you from expending another extra life.

Plenty of classic powerups have found their way into 3D World as well, like the Fire Flower, the Mega Mushroom and the Super Leaf, each of which will come in handy throughout the game. Another new item, the Double Cherries, creates a clone of the character. Even though I’d seen it on display in the trailer, I was still surprised at how strange it felt to control multiple Marios in a 3D stage. The Double Cherries are woefully underrepresented throughout the game, and rarely serve any practical purpose, but hopefully this will be a springboard to bring them back in later entries with better implementation.

It’s the little things that freshen up Super Mario 3D World, a game that could have been nothing more than a direct continuation to the 3DS title that preceded it. The overworld map, a staple of the Mario series, has been given the 3D treatment, allowing Mario and co. to run freely around outside of the levels to collect coins and powerups without being constrained to a linear path.

While advancing from level to level, the platforming is occasionally broken up by boss fights, Blockades, Throwdowns and Peek-a-Boos. Blockades take place in small rooms, pitting Mario in a one-on-one battle against some imposing foes that have already appeared in other levels. Less frequently, Mario is thrown into a large arena with a unique boss that requires a more careful approach.

The Throwdowns and Peek-a-Boos each take appear on every other level, respectively. During a Throwdown Mario is tasked with quickly running through a series of a battles or obstacles in order to collect a star and move on to the next round. If Mario dies or time runs out, it’s back to the beginning.

Peek-a-Boos might be my personal favorite feature of 3D World despite their brevity.

During a Peek-a-Boo, you take control of Captain Toad, an expeditious Toad who has to collect five stars in a small, quadrilateral level. Toad cannot jump, and the camera doesn’t move on it own, so you are forced to constantly change your viewing angle of the stage to figure out how Captain Toad should advance from one star to the next. It’s the puzzle element that many stages lack, and I really hope Nintendo gives Captain Toad a bigger stage next time.

It’s an old trick for Nintendo, but the inclusion of Luigi, Peach and Toad (plus a secret(?) unlockable character), each with their own strengths, makes multiple playthroughs much more enjoyable. The characters also collect green stars rather than gold coins, which sounds like a fancy palette swap, and totally is just a fancy palette swap… but once again, it’s the minor details that stand out when Nintendo has pretty much perfected the broad strokes.

Perfection is an overstatement, but only slightly. Whether or not 3D World lives up to Super Mario Galaxy, one of the most critically acclaimed titles of all time, is beside the point. This new third branch of the Super Mario series (3D Land and 3D World) is some of the most inventive, fun work that Nintendo has released in years. Multiplayer is a prime example of the benefits of meshing 2D philosophy with 3D design. In New Super Mario Bros. U, four players sharing the screen was a mess. A fun mess, but a mess nevertheless. In 3D World, everyone has room to breathe, and it allows for interchangeable competitive/cooperative play without the frustration.

To cap it all off, 3D World is an audiovisual masterpiece. The orchestral music hearkens back to the excellent Galaxy soundtrack, and the colorful worlds really pop in full HD. Graphics are typically taken for granted in Mario games, but the development team at Nintendo EAD Tokyo has constructed some the most gorgeous worlds I’ve ever seen in a Nintendo game.

When Nintendo launched the Wii U a year before the PlayStation 4 and Xbox One, many perked their ears for the inevitable crash landing. They stood by and watched the crown slowly fall from the king’s head, as Sony and Microsoft waited anxiously below to fight for the remains. The yearly holiday battle for the living room has begun in earnest now that the PlayStation 4 is out, and the Xbox One is only days away, but come November 22nd, the best game on any next-gen console will be Super Mario 3D World, and Nintendo might finally stand a chance to compete.