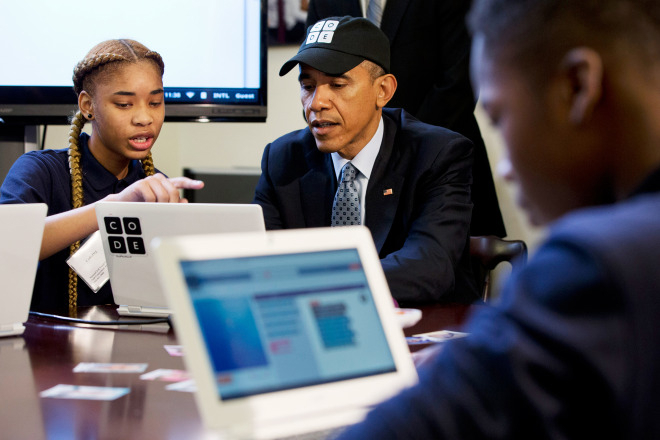 The 44th President of the United States happens to be the first president to write a computer program, Wired reports. Barack Obama on Monday hosted a special “Hour of Code” event in the Eisenhower Executive Office Building on the White House complex, part of the annual Computer Science Education Week, during which he wrote a simple computer program that draws a square on a screen.

FROM EARLIER: FCC may give us Internet ‘fast lanes’ no matter what Obama says

“Learning these skills isn’t just important for your future. It’s important for our country’s future,” Obama said last year, promoting the same Computer Science Education Week event. “If we want America to stay on the cutting edge, we need young Americans like you to master the tools and technology that will change the way we do just about everything.”

Attending the event where 20 middle school students, who joined the president on Hour of Code tutorials. Obama didn’t complete the tutorial from start to finish, Code.org co-founder Hadi Partovi told Wired, but he went from station to station to observe the students work. He completed some of the exercises involved in the tutorials, using Google’s Blockly tool and JavaScript.