If you’ve never seen a micro-SIM before, you’ll probably be pretty shocked to learn that it’s simply just a smaller SIM card… just like the name implies. What’s interesting, however, is that the SIM isn’t actually different as the chip is exactly the same, the only difference is that the plastic surrounding it is minimized. In any case, just in time for the Apple iPad 3G launch and upcoming next generation iPhone launch, AT&T stores have started receiving new SIM cards which have cutouts for both the regular SIM standard, and the new micro-SIM all in one. A pretty cleaver move, don’t you say? One more image after the break! 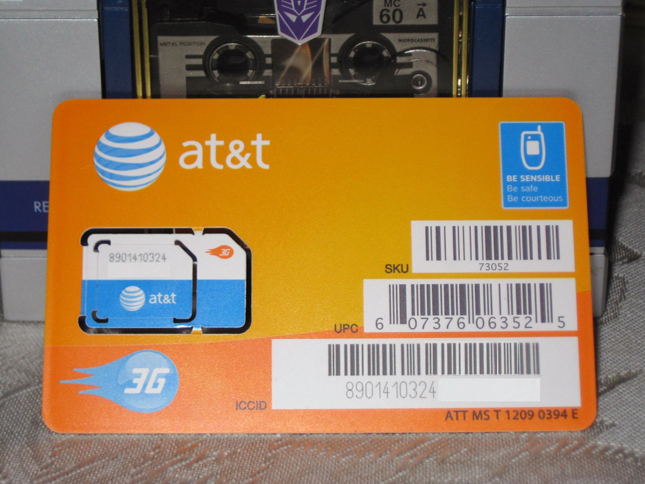