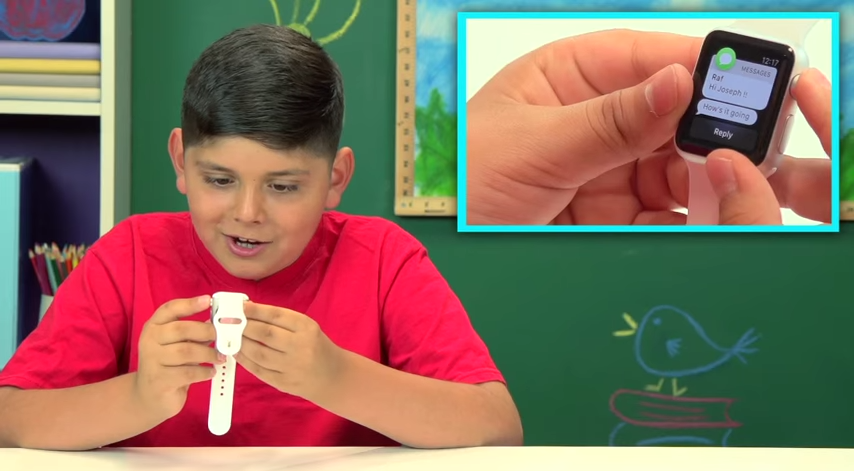 The Fine Brothers have built a YouTube empire based on different kinds of reaction videos, and they typically stick to a formula. When young children or teens are featured in a reaction video, they’re typically shown something old that they have no experience with. And when elders are featured on a show, they’re shown something new that they have no experience with… like Mortal Kombat X.

In the brothers’ most recent reaction video, however, they switch things up by sitting a bunch of young kids down and showing them something so new, they haven’t even had a chance to play with it yet: The Apple Watch.

Before you dive into it, here are some quotes that will give you an idea of what to expect:

“Is this the Apple Watch? I’m speechless!”

“Can I put it on?” Then, after some struggles, “I can do it. Does anyone know how to do this?”

It’s kind of hard to see, but this thing is still awesome!”

“You’d look like a spy, just talking into your watch while you’re going down the street.”

Upon learning that you can only use all of the Apple Watch’s functionality when it’s paired with an iPhone:

“It’s kind of disappointing that you have to have a thing with you to make it work.”

So, without further ado, the full video is embedded below: