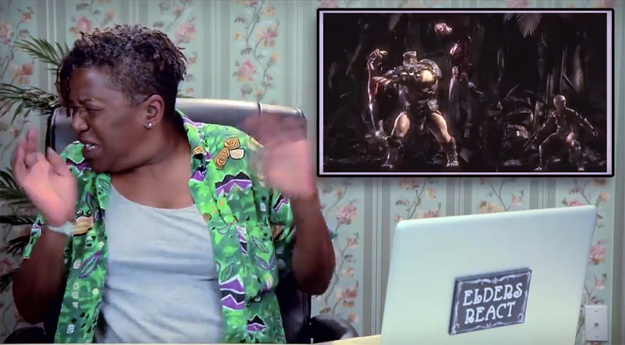 Even better, the brothers also filmed elders reacting to all of the fatalities in Mortal Kombat X, which are easily the most gruesome finishing moves the Mortal Kombat franchise has seen to date.

DON’T MISS: These are the most hilarious autocorrect fails we’ve seen in a long time

Here is a just a small sampling of the reactions from the video:

“I guess they’re always pushing boundaries, you know? It’s just like Saw. How many creative ways can we torture and kill someone?”

“This is too much for youngsters, at least, to be thrilled to get to.”

“They’re all horrible. Every one of them is horrible. I don’t know which is more horrible than the other.”

“I think it’s overkill, and goes beyond what a game should have.”

And finally, a nice little insight:

“Here are these incredibly creative people… theses are people who could change the world!. And I go, ‘why are you putting your energy into really gratuitous and obscene violence?'”

The full video is embedded below, but first you’ll find a video of the same panelists trying to play Mortal Kombat X themselves.