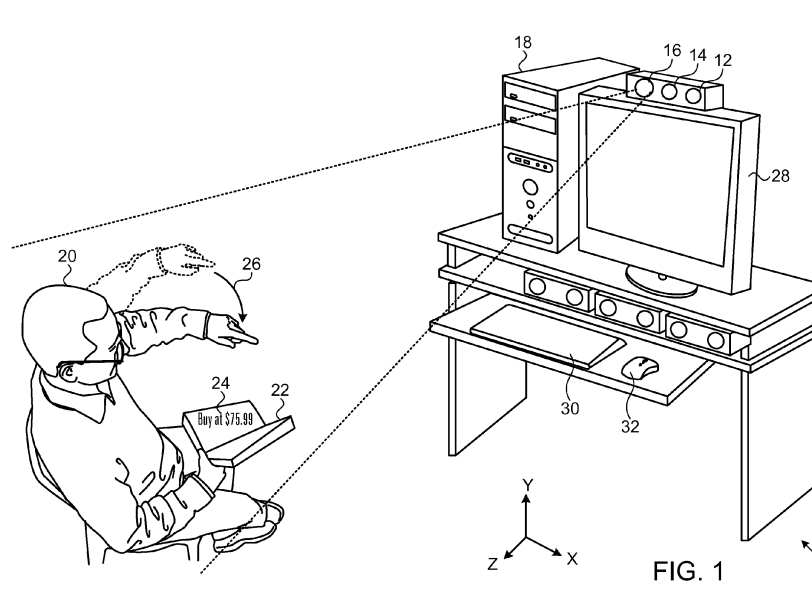 We’re used to seeing plenty of Apple patents that describe all sorts of technologies and services that might be someday used in future iPhone, iPad, and Mac generations. But many of these patents describe tech that might never be used in commercial products, of course.

One such innovation concerns augmented reality (AR), with a new patent revealing how a particular projector device could map a person’s home and then use it to deliver augmented content to the user. It’s similar to the incredible HoloLens product Microsoft is working on, but with a few creative twists.

Discovered by Patently Apple, the augmented reality project patent – Patent No. 9,201,501 titled Adaptive Projector – describes camera technology that would help the company map indoor areas and objects to determine which surfaces can be used to project content onto. The projector could then deliver content to those surfaces, which the user would be able to see with special eyewear.

The patent suggests that Apple is interested in further exploring augmented reality and potentially creating products that would let users turn their surroundings into interactive surfaces.

Apple’s patent describes one potential use for the AR projector, and that’s offering shoppers a way to purchase content from iTunes, such as books, after displaying a title and pricing information on of a surface inside the home.

If this AR project sounds familiar, it’s because Microsoft is also working on similar technology, having already demoed it on several occasions. Microsoft’s HoloLens will ship to developers in the first quarter next year for around $3,000 a pop, and they’ll be able to create all sorts of interesting AR experiences.

Apple seems to be interested in the same kind of technology, although we have no way to tell whether AR support will be included in any future products including Macs, iOS devices or , or whether Apple will create new dedicated projectors to offer the kind of functionality explained in this patent.

On the other hand, Apple does own PrimeSense, the company behind some of the technology and hardware used in the first Xbox Kinect.  Apple also owns all of its patents, which describe various technologies related to AR and 3D interfaces.