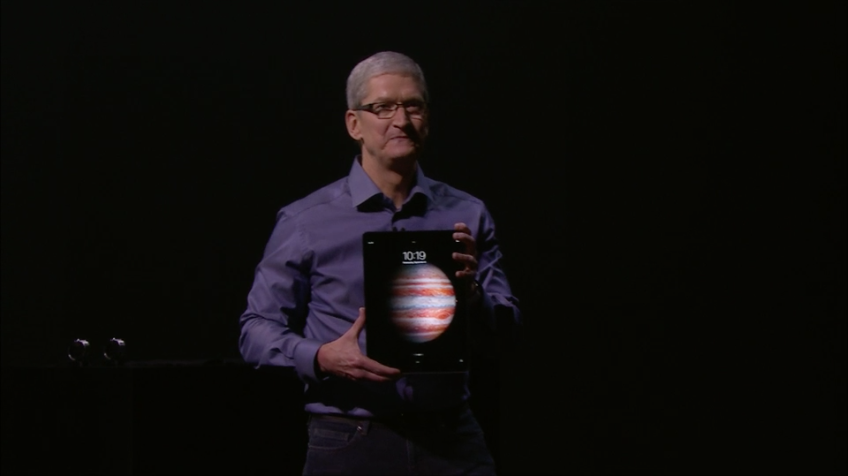 To say I have mixed feelings about Apple is putting it mildly. On the positive side, I love most Apple products — the MacBook Air is my go-to laptop, I think the iPhone 6 is the best all-around smartphone on the market, and I’m seriously pumped about the prospects of the new Apple TV. Apple also has a well-earned reputation for customer care that is part of why it enjoys such strong loyalty among its customer base.

But unfortunately, Apple isn’t just about making great products and having terrific customer service — it’s also about feeding us gigantic piles of bullshit that it expects us to swallow without question.

What really drove this home for me yesterday was the ridiculous way that Apple went about describing its new Apple Pencil, the stylus it’s designed for the new iPad Pro tablet. Even if we leave aside the fact that Steve Jobs infamously trashed styluses on two different occasions, the hyperbole that Apple used to describe the $99 pen was practically Samsung-esque. Phil Schiller called Apple Pencil “one of the most advanced technologies we’ve created,” while Jony Ive narrated a silly two-minute video dedicated entirely to explaining why the Apple Pencil was the most magical stylus the world has ever seen:

Let’s be honest: If Samsung had dedicated an entire two-minute video, complete with drippy New Age synth music, to explaining the game-changing features of the Galaxy Note 5’s stylus, the world would still be laughing at them. And that’s especially true if Samsung decided to sell the Note 5’s stylus as a separate accessory that cost 99 freaking dollars.

And speaking of $99 styluses, is there any other company that does so many ticky-tack things designed to extract more money from its loyal fans than Apple? It’s well within Apple’s means to offer a 32GB iPhone 6s as the entry-level option but the company figures it will offer a mere 16GB entry-level model to push fans to pay an extra $100 for the 64GB version. This is despite the fact that Samsung and other major smartphone rivals stopped selling 16GB smartphones generations ago.

And you know that cool new remote control that also doubles as a Wii-style game controller? Well if you want a Wii-style loop that you can attach to the controller and wrap around your wrist to prevent it from flying into the TV, you’ll have to pay extra. And remember when Apple switched from a 30-pin dock connector to a 9-pin dock connector and it didn’t include any adapters with new iPhones but instead sold them separately for $29 a pop?

Oh, and who can forget last year’s iPad mini 3, which had the exact same specs as the iPad mini 2 and was different from thee earlier model only because Apple gave it Touch ID functionality?

This has turned into a much more negative rant against Apple than I had originally intended. As I said earlier, I love many of the company’s products and I think they are worth the money Apple charges for them. However, I also feel that the company’s reality distortion field often blinds people to the fact that it is often embarrassingly full of shit.