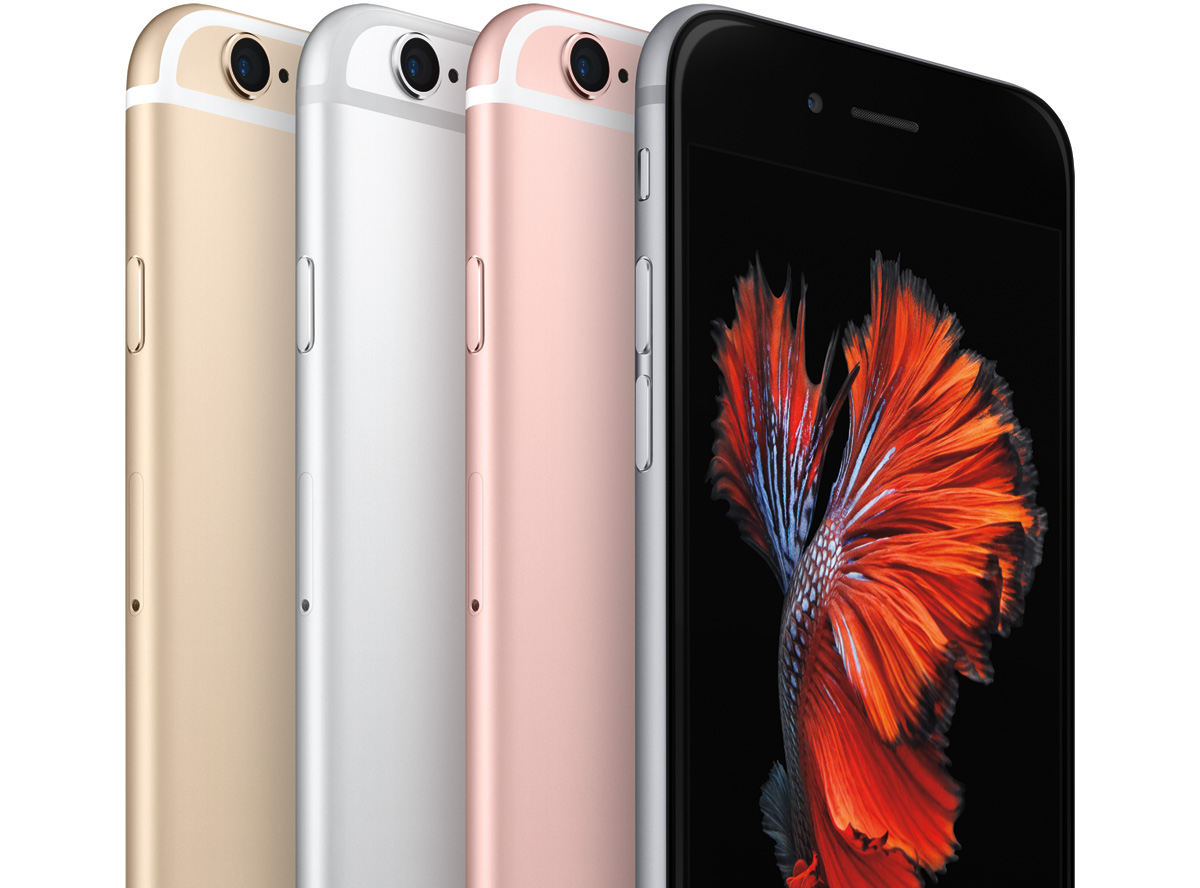 Apple fans, the wait is finally over: Apple’s next-generation iPhone 6s and iPhone 6s Plus are finally a reality. Months of leaks and rumors didn’t leave many surprises for Apple during its big press conference on Wednesday, but the event was still packed full of action and now it’s time to step back and take a deeper dive into Apple’s new iPhones.

2015 is an “S” year, of course, so we know we were in store for next-generation iPhones that looked almost exactly like their predecessors. We also knew that inside, the new iPhones would feature some huge upgrades in order to put Apple in its best possible position to continue growing its iPhone sales each year.

What’s new in Apple’s just-announced iPhone 6s and iPhone 6s Plus? Here are the best new features you can look forward to:

As we were all expecting, the star of the show this year is Force Touch, though it has been rebranded on the iPhone 6s and 6s Plus. Using a combination of new display hardware and some smart software, Apple’s new iPhones are able to recognize three levels of touch pressure. This allows the user to perform different actions based on the amount of pressure applied with a tap.

The new peek and pop gestures are two examples. Press lightly on a tap target in an app and you’ll get a peek at whatever it leads to. Press harder and the app will pop open a new screen. Firmer touches and swipes also trigger various gestures — for example, a firm swipe in from the left edge of the screen will swipe the current app away and switch back to the previous app.

Alongside the new screen, the iPhone 6s and 6s Plus will also include Apple’s taptic engine for more precise vibration feedback, just like the Apple Watch.

Is 3D Touch enough to sell you on Apple’s new iPhones? If not, don’t worry… there’s plenty more for you to lust after.

Last but not least where the display is concerned, Apple’s new iPhones will support Motion Wallpapers. Animated wallpapers are hardly something new on smartphones, but Apple’s are far more complex than anything we’ve seen on other platforms.

What will this year’s scandal be for the iPhone 6s launch? There’s always at least one, but only time will tell. What we do know though, is that it won’t be a repeat of last year’s “Bendgate.”

Apple’s new iPhone 6s and 6s Plus are constructed from the same harder 7000 Series aluminum as the Apple Watch, and they’re much harder to bend than last year’s models. Of course, that won’t stop idiots from trying, so get ready for a flurry of “will the iPhone 6s bend?!” videos.

Some Apple fans were skeptical of Apple’s decision to introduce a gold color option last year, but now you see gold iPhones everywhere. This year, Apple is keeping the same gold tone from the iPhone 6, but also adding a new rose gold color for the iPhone 6s.

The iPhone 6 and 6 Plus focused on improving photo quality rather than bumping up the megapixel count. In 2016, Apple is doing both.

Apple’s new rear camera on the iPhone 6s and iPhone 6s Plus is a 12-megapixel unit that Apple says is a big improvement over last year’s model. The new unit features better optics and it can record 4K video as well.

The front-facing camera has been upped to 5 megapixels, and it supports full HD video as well as selfie panoramas.

Both new cameras include a new software-based flash feature that should improve low-light photography.

When the iPhone 6s captures a standard photo, it also records a brief video automatically in the background. Simply force touch on any photo in your camera roll and you’ll see the brief animation play. Pretty awesome…

Last year’s iPhones “only” had a dual-core A8 processor, and they “only” had 1GB of RAM. Of course, they still managed to crush the competition in most key performance tests.

This year, Apple’s new A9 processor is based on a newer process and it features unique tri-core architecture that’s 70% faster than the A8, with a 90% faster GPU. Beyond that, the iPhone 6s and iPhone 6s Plus will get 2GB of RAM, giving performance an even bigger boost.

Apple’s new iPhone 6s and iPhone 6s Plus include a brand new Touch ID sensor that Apple says is twice as fast as the scanner in the iPhone 6. Apple’s first-generation fingerprint scanner is already leaps and bounds better than any other sensors out there, so we can’t wait to see how fast the second-generation version is.

Falling squarely in the “new to iOS but not really new” category is the iPhone 6s’ new Hey Siri feature. With a new setting enabled, Siri will always be listening for the “hey Siri” trigger, even when the iPhone’s display is off. Earlier iPhone models have a similar feature, but the phone needs to be plugged in for Siri to listen while the screen is off.

Anytime the user wants to ask a question, open an app, set a reminder or do anything else Siri is capable of on the iPhone 6s and iPhone 6s Plus, all he or she needs to do is say “hey Siri” and then speak the command, and Siri will abide.

Apple’s new iPhone 6s and iPhone 6s Plus will launch on Friday, September 25th. They will start at $199 and $299 on contract, respectively.

An earlier version of this article misstated the iPhone 6s’ release date. It is September 25th, not September 18th.