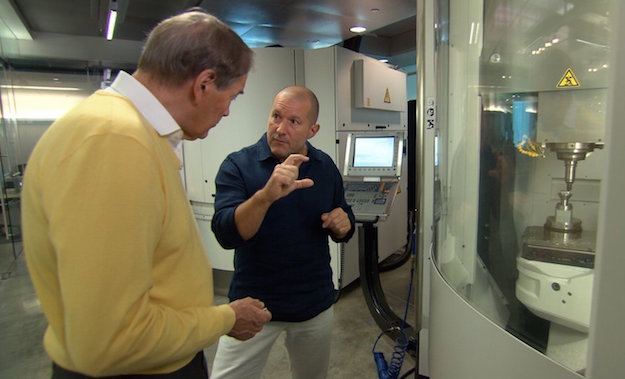 Of all the secretive enclaves within Apple, none is more hallowed than Apple’s notoriously quarantined design studio. Run by Jony Ive, Apple’s design studio is where the company’s small team of industrial designers collaborate, experiment, and bring products to life. Every Apple product you’ve ever used over the last 15+ years — from the flower iMac to the iPhone 6s — can be traced back to this studio.

DON’T MISS: Yet another problem with Comcast data caps: Customers have no idea why they’re exceeding their limits

Of course, it goes without saying that access to Apple’s design studio is severely restricted and subject to immense security protocols. If you’re not a designer or an upper tier Apple executive, you’re explicitly persona non grata.

“[Ive’s design studio] is shielded by tinted windows and a heavy clad, locked door. Just inside is a glass-booth reception desk where two assistants guard access. Even the most high-level Apple employees are not allowed in without special permission.”

But in yet another example pointing to Apple shedding some of its notoriously secretive habits, Charlie Rose of 60 Minutes will be granted unprecedented access to Apple’s design studio in an episode scheduled to air this coming Sunday. In what promises to be a can’t miss segment, Rose will presumably provide us with our most detailed look yet at the design mecca where products like the iPod, iPhone, and iPad initially came to life.

“This great room,” Ive explained to Isaacson, “is the one place in the company where you can look around and see everything we have in the works.”

Design studio intrigue aside, Rose will also spend time chatting with Apple retail chief Angela Ahrendts about what we can expect out of upcoming Apple Stores. To that end, a tweet sent from 60 Minutes’ Twitter account promises to provide viewers with the world’s first look at the Apple Store of the future.

.@CharlieRose gets a first look at Apple’s store of the future, Sunday on @60Minutes pic.twitter.com/BdjygqqIdc