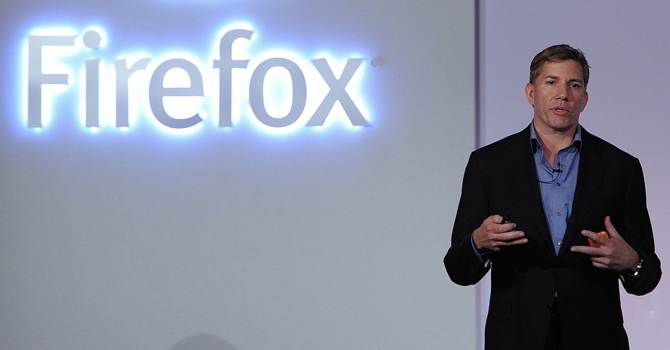 Fragmentation is one of those unpleasant topics that no one likes to discuss. That is, unless you are the CEO of Mozilla. Gary Kovacs, the chief executive of Mozilla, took aim at Apple (AAPL), Google (GOOG) and everyone else in the mobile industry during a keynote at Mobile World Congress this week in Spain. The executive believes that the mobile industry has become too consolidated and consumers should have more options available to them.

“There are many needs that are being unfilled,” he said, according to TechCrunch. “There should be many app stores, business many models, many payment mechanisms, many providers, many services. And there should not be one or two providers approving content.”

The executive added, “We need to make sure there are devices and applications and make sure this shared opportunity is not something these one or two companies unnaturally control. I believe that others in this ecosystem also need to contribute.”

Although he didn’t name them directly, Kovacs is clearly targeting Apple, Google and their respective app stores. He is trying to build hype and developer interest in the company’s Firefox OS, which is scheduled to launch on phones later this year.

The mobile market is already a crowded space with iOS, Android, BlackBerry, Windows Phone, Tizen and others vying for market share, and Kovacs acknowledged that Mozilla will face a long and difficult road ahead, especially without the support of major players like Samsung and Nokia.

“It’s a start and we have a lot to do,” he said. “We launched Firefox OS, but that’s just a name. It’s just a catalyst.”