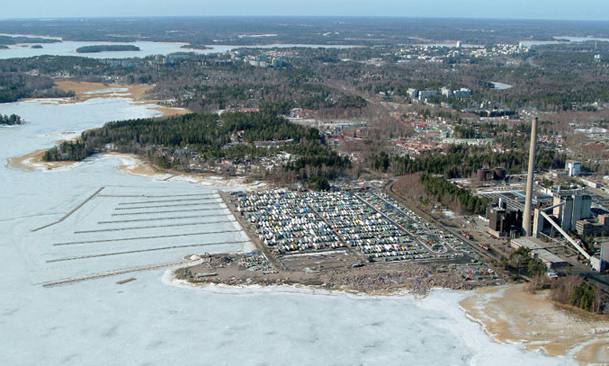 Rovio’s “Angry Birds Star Wars” launched today and took top slots on iPhone and iPad app charts all over the world. What’s interesting about the new launch is that it consolidates Finland’s position as the global iPad app market superpower. Rovio’s new game reigns as the No.1 title on Apple’s (AAPL) U.S. top-grossing iPad chart. The No.2 game is “Clash of Clans” by Rovio’s fierce local rival from the Helsinki region, Supercell. The No.8 game is “Hay Day,” also by Supercell.

The two companies aren’t just focusing on the U.S. market. Angry Birds is a global phenom, of course — but Supercell’s far less known “Clash of Clans” reigned yesterday as the top-grossing iPad app in the UK, Germany, Australia, Canada, France, Russia, Brazil, Argentina, Colombia, Malaysia, Philippines and other major markets. Today, Rovio’s new game usurped that position in those markets. Finland’s iPad triumph in November is absolute across the globe.

It is also worth noting that put a formidable marketing machinery behind its “Wreck-it Ralph” games this week. The movie debuted at No.1 in the U.S. box office last weekend, yet the games did not even register on the top-10 revenue charts for either the iPhone or iPad on Thursday. The Finnish app titans vanquished their biggest U.S. foe with nonchalant ease.

There are seven games in the U.S. iPad top-10 chart — three are Finnish, four are non-Finnish. The U.S. iPhone chart shows slightly softer performance with Finnish games in positions 1, 3, 13 and 23.

Rovio and Supercell follow very different strategies. Rovio prioritizes high download volumes that fuel its merchandising empire. Rovio’s games perform well on download charts but tend to fade in revenue charts after a month or two. Supercell prioritizes revenue. “Clash of Clans” wasn’t even in the iPad top-100 download chart when it became the No.1 revenue generator on the U.S. top-grossing iPad app chart. Rovio’s games tend to be funny, clever little things that favor 2-3 minute gaming sessions. Supercell’s games are sprawling simulations that appeal to a far more narrow audience, but hook the fans into playing a dozen times a day and paying for in-game purchases for month after month.

Why are Finns so much better than other nationalities at creating mobile games on a per capita basis?

The country has only 5 million people, but it actually had a very early start in the mobile game business. Finland had 5-6 mobile game companies in the autumn of 2000, back when most mobile phones still had crude, monochromatic displays. Back then, many Finnish software firms were sub-contractors to Nokia and tried to leverage its 40% global phone market share. That strategy failed — but when the iPhone and iPad became global sensations, a second generation of Finnish companies rose up and conquered the iOS market.

Several other Finnish companies from Remedy to Mountain Sheep to Boomlagoon are now plotting ambitious U.S. launches for 2013. Are we facing an era of Finnish hegemony of the iOS app market? This is a possibility that cannot be discounted.