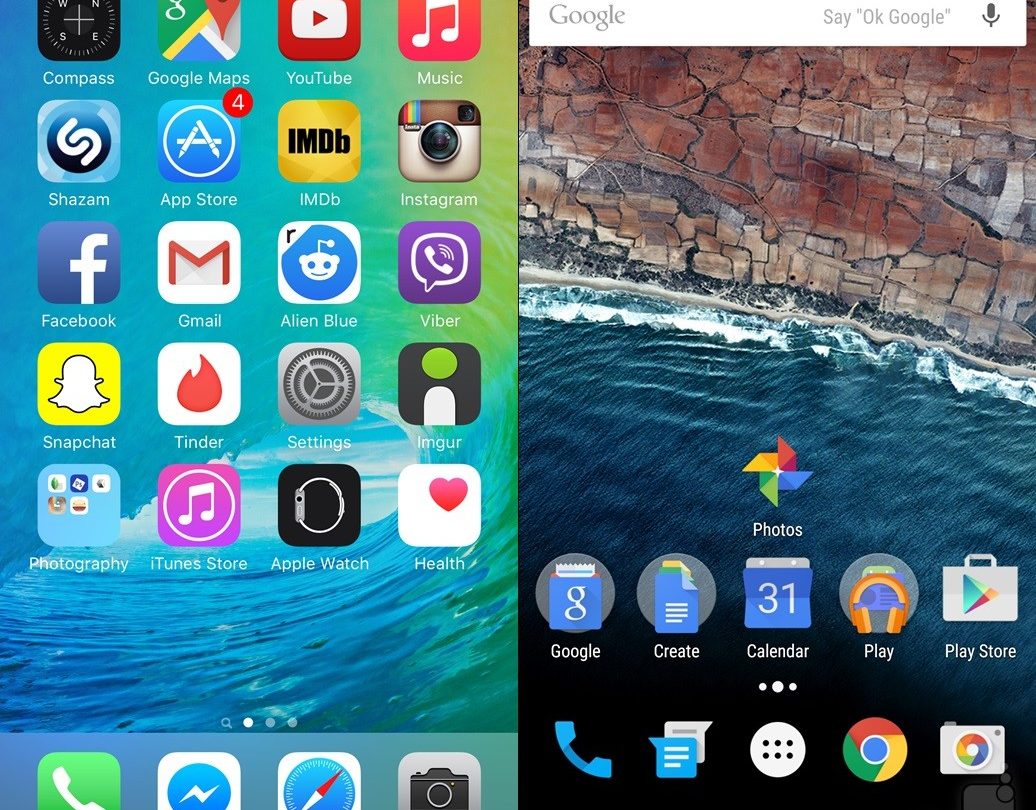 At this point, it’s kind of unclear who’s stealing what between Apple and Google. Android has implemented plenty of features over the years that the iPhone has since adopted, but as PhoneArena elucidates in a comparison piece, Android M appears to have taken some inspiration from iOS as well.

In Android M, Google has built a floating selection menu for editing text. Rather than bother with the ugly menu bar that appeared at the top of the screen in previous version of Android, users will be able to copy, cut and paste from a sleek floating menu that looks a whole lot like the menu on iOS.

When the Android M rolls out to the public later this year, updated devices will finally have native fingerprint sensor support on the software side. Plenty of Android devices already come equipped with fingerprint sensors, but after the update, Google will in effect have its own version of Touch ID.

Finally, with privacy on all of our minds in recent weeks (and months and years for that matter), Google has revamped the app permissions system on Android M. If an app is going to access your location data or your personal information, it has to ask beforehand. This has been a mainstay of iOS for quite a while as well.

Be sure to check out the full piece on PhoneArena for more comparisons.