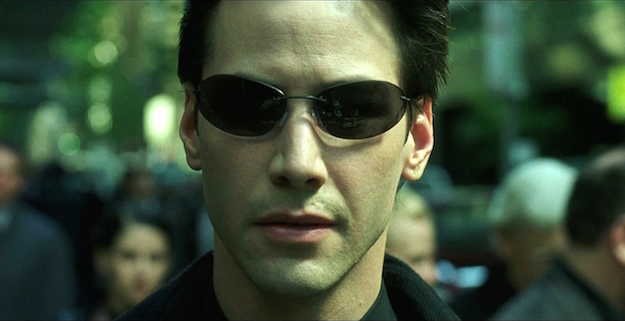 With Netflix determined to create as many new original programs as it can, Amazon appears to be taking a somewhat different route. While Amazon has of course invested quite a bit in developing its own stable of original content, the online retail giant seems more intent on fleshing out its library of A-list movies than Netflix is.

According to our sister site Variety, Amazon recently inked a deal with Warner Bros. that will see a number of iconic films — 33 to be exact — land on Amazon Prime Video exclusively, including all three of The Matrix films and the 80s classic Caddyshack.

With the exclusive WB licensing deal, Amazon is seeking to build up its movie buffer against rival Netflix — whose lineup of movies has shrunk over the past year, according to a study by Barclays released this spring. All told, Amazon Prime had about four times the number of movies available for streaming than Netflix did as of the end of March, per the Barclays report.

In fact, Netflix’s library of media content is actually 40% smaller today than it was four years ago, the side effect of Netflix opting to invest more of its money in original programming than in traditional movie licensing deals. Last year, for instance, Netflix decided to let its licensing deal with Epix expire, a move which cost the streaming giant thousands of films, including popular A-list titles such as The Wolf of Wall Street, Transformers: Age of Extinction and The Hunger Games: Catching Fire.

In an event, the full list of Warner Bros. movies coming to Amazon Video include the following titles:

All that aside, Amazon’s own library of original programming, while far behind what Netflix offers, is slowly but surely growing. As it stands today, Amazon boasts 13 original titles, including the award-winning and critically acclaimed Transparent. Looking ahead, Amazon currently has upwards of 12 new programs scheduled to air later this year and into 2017.