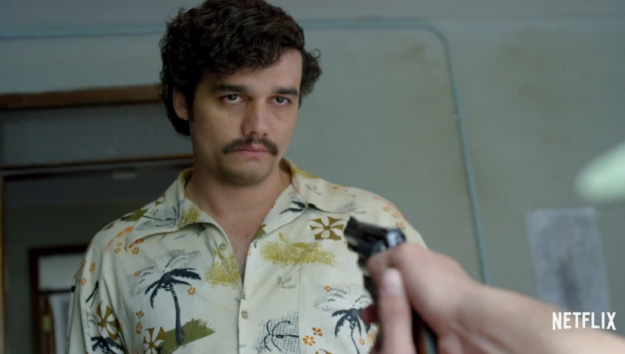 It’s no secret that Netflix’s strategy for video domination is centered on churning out as much original content as humanly possible. From political thrillers like House of Cards to quirky reboots like Fuller House, it’s practically impossible to keep track of everything Netflix has in the pipeline these days. Just this week, for example, Netflix announced its plan to release a movie spinoff based on The Office along with a new animated series based on the Skylanders video game franchise.

Now developing and purchasing original content is anything but a cheap endeavor, which is why Netflix in recent years has scaled back many of its content deals with traditional publishing companies. It’s why the streaming giant last August had no problem letting its licensing deal with Epix expire, losing thousands of films in the process, including popular titles like The Wolf of Wall Street, Transformers: Age of Extinction and The Hunger Games: Catching Fire.

DON’T MISS: High-speed police chase in Lithuania looks like something out of James Bond

As a result, the sheer volume of content available on Netflix has shrunk quite considerably over the past few years. According to a recent report from Exstreamist, Netflix’s content library today boasts 40% fewer titles than it did in 2012.

Of course, the million dollar question is whether or not this even matters. I would contend that while the quantity of programming available on Netflix has dwindled, the quality of content has skyrocketed.

Even more impressive than the volume of original programming Netflix has rolled out is the fact that most of Netflix’s original shows are bonafide hits. From Orange is The New Black and Bloodline to BoJack Horseman and Masters of None, Netflix’s batting average with respect to original content is arguably unrivaled.

In fact, Netflix’s stable of quality original content is growing so quickly that the company may soon surpass HBO as the one-stop shop for all things entertainment. HBO’s vault of content may currently have more hits than Netflix, but let’s be honest: many of HBO’s more popular shows stopped airing years ago (i.e The Sopranos, Sex and the City).