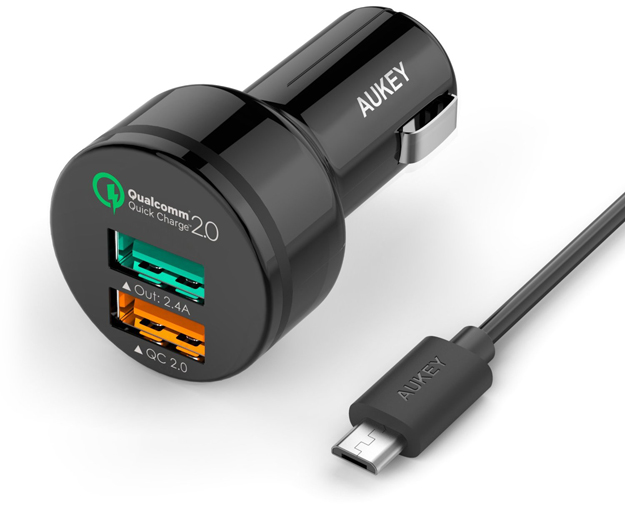 People went crazy over the deal we found a while back for an Aukey Quick Charge 2.0 wall charger that was just $11 on Amazon with a coupon code. Some smartphones that include compatibility with Qualcomm’s Quick Charge 2.0 technology don’t actually ship with compatible chargers, so this was a great way to snag one without paying full price.

But what happens when you need to charge your phone in your car? Don’t worry, we’ve got you covered.

Some newer smartphones ship with Quick Charge 2.0 wall chargers and some don’t, but there isn’t a single smartphone in the country that ships with a Quick Charge 2.0-compatible car charger in the box. This technology is capable of charging your smartphone up to 75% faster than standard chargers, so you’ll be able to juice up faster than you ever have before.

As a BGR reader pointed out this morning, there is now a coupon code that will give you $5 off Aukey’s QC2.0 car charger, dropping the price to just $10.99 with free shipping. At that price, you really can’t go wrong.