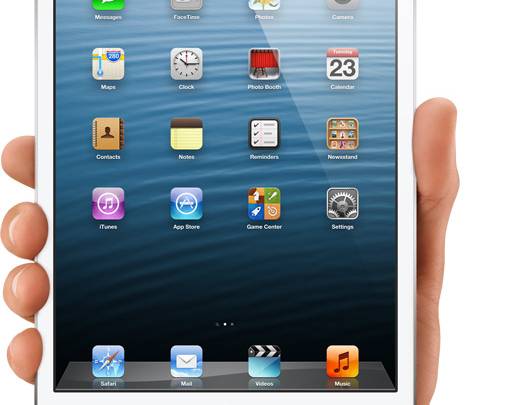 When Apple unveiled the iPad in 2010, smartphone vendors were caught off guard and they rushed to launch similar tablets to take advantage of the new market that had been created. Their early efforts were absolutely awful, however. Android slates have gotten much, much better since those early days and now Android vendors’ combined tablet market share looks ready to pass Apple’s share. The Cupertino, Calif.-based company isn’t done setting trends though, and its iPad mini is the latest device Android vendors will look to base their new models on moving forward.

According to Digitimes’ unnamed industry sources, we can expect a flood of new tablets sized to compete with Apple’s iPad mini. Since smartphone screens are approaching — and sometimes surpassing — the 6-inch mark, demand for 7-inch tablets is seen waning. Customers still want smaller, cheaper tablets though, and the 8-inch range is apparently the sweet spot.

Since the second-generation iPad mini will include a high-resolution Retina display, Apple rivals are also already working on panels with improved pixel densities. According to the report, however, pixel-hungry displays could pose a problem.

“The vendors also plan to make increased resolutions a major focal point in 2014, the sources said, Digitimes’ Sammi Huang and Alex Wolfgram wrote. “However, recent demand from vendors asking panel makers to produce more IPS/FFS panels has caused panel shipment bottlenecks in the market, as the makers’ production yields have dropped as a result of producing the advanced technology. For panel makers producing panels with even higher resolutions means they might face even more bottlenecks through the year, causing panel supply to possibly be in even tighter supply in 2014, the sources added.”