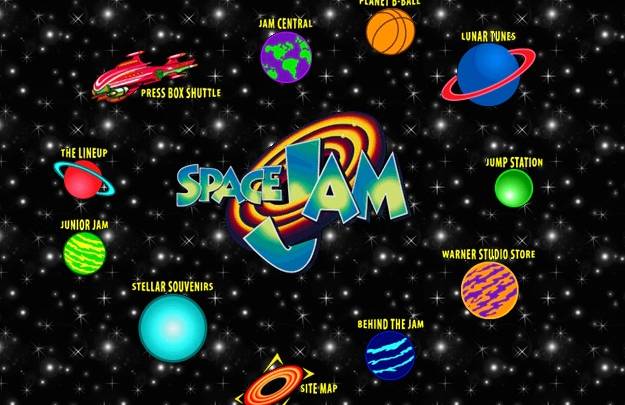 With yesterday’s news that Space Jam 2 may actually be on the horizon, it’s as good a time as any to point out that the original Space Jam website from 1996 is, believe it or not, still up and running on Warner Bros’ website.

And it’s not alone. If you scour the corners of the web, you’ll find traces of atrocious mid-90s web design lurking in all sorts of strange places. As it turns out, there are quite a few notable domains that have simply been abandoned and serve as virtual time capsules to a time gone by. Below are a few of the more prominent examples.

Remember back in 1996 when Bob Dole and Jack Kemp ran on the same ticket for President? Yeah, neither do we. But that shouldn’t stop you from reliving all of the magic on their 1996 website which is still, shockingly, up and running.

Space Jam isn’t the only movie with a website etched in time. Behold, something of a viral marketing website put up to help foster interest in the 1997 Jurassic Park sequel The Lost World. Here, you can read all about InGen, dinosaurs, and a whole lot more.

Curious what had the world talking in 1996? Well forget about Google for a moment and head on over to CNN’s 1996 Year in Review instead.

This abandoned Robert De Niro fan page is amazingly still up and running. Last updated in July of 1999, we have to answer in the affirmative — yes, we do like the new format. Impressively, most of the links still work.

For many, Netscape was the portal through which most people experienced the full web for the first time. Here’s what their 1994 website looked like. The domain being used here is mcom.com which stands for Mosaic Communications.

This one was recently unearthed by an enterprising soul on Reddit. Back in 2001, the NBA put up this webpage dedicated to all things Michael Jordan to commemorate his return following a 5-year stint on the sidelines. Clearly, creative web design even in 2001 was still in its infancy. Check out all that red.

CNN’s O.J. Simpson trial hub is still up and running, having last been updated in June of 1996. Check out those classy graphics. Talk about being ahead of the curve.

Is there some webmaster at Warner Bros. who simply can’t let go of the past? Here’s another dated website, this one promoting the 1998 movie You’ve Got Mail.