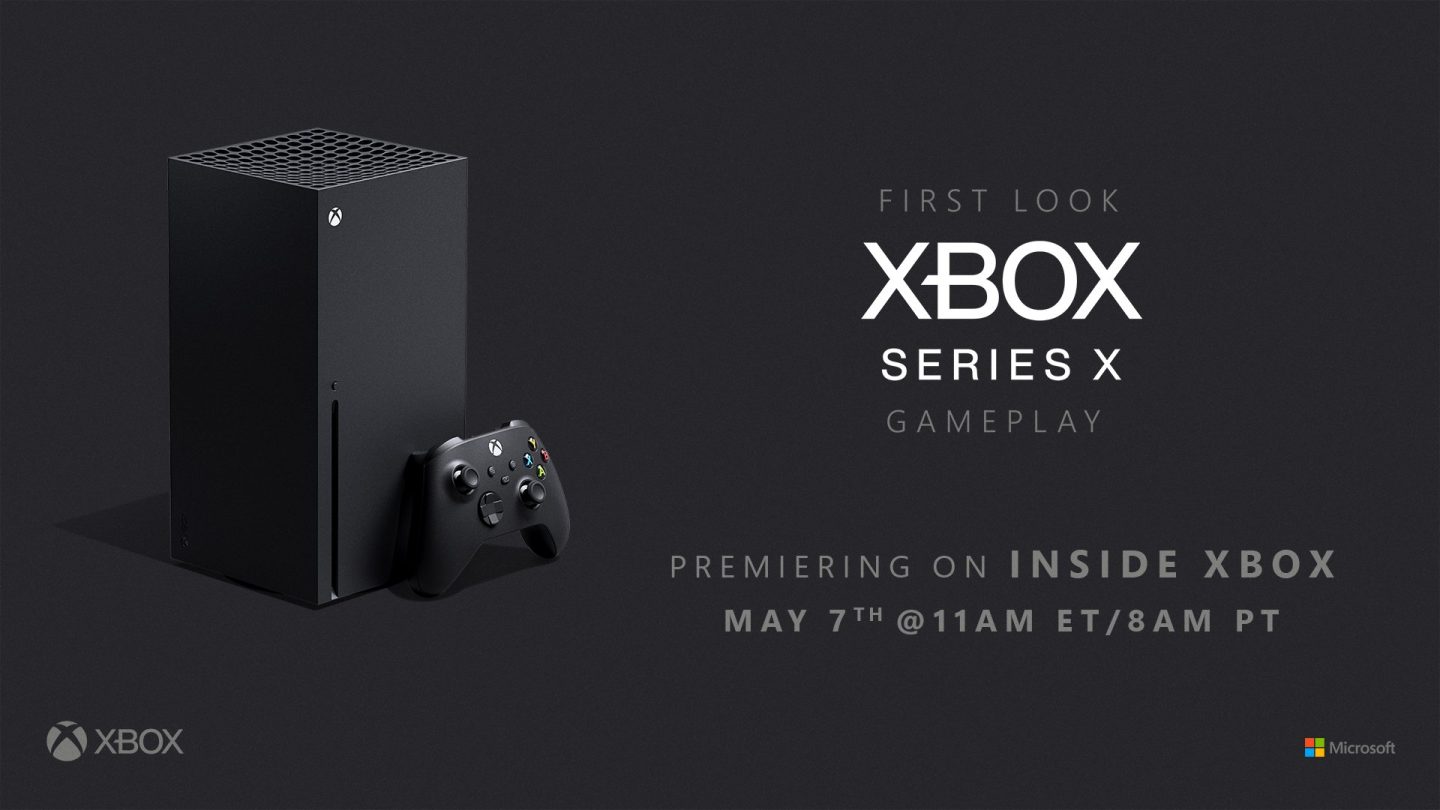 Microsoft has been sharing information about the Xbox Series X at a pretty steady clip over the past few months, but we still haven’t seen any games built for the next-generation console in action yet. We were able to see what Gears 5, which launched on Xbox One and PC last September, will look like on the upgraded hardware, but next week, we are finally going to get an early look at the first games designed to run on the Xbox Series X.

Following rumors in recent weeks about a May event from Microsoft, and a sly hint from Xbox boss Phil Spencer just days ago, the official Xbox Twitter account confirmed that the next episode of Inside Xbox on Thursday, May 7th at 8 AM PT / 11 AM ET will feature next-gen gameplay from the company’s global developer partners. No specifics were revealed, but it sounds like this will serve as the debut of multiple next-gen games.

Detailed information about the Xbox Series X has been available for weeks, but very few games have been confirmed for the new console so far. We know that Halo Infinite will be a launch title, and we know that a ton of Xbox One, Xbox 360, and original Xbox titles will be compatible with the console at launch, but we haven’t heard much about the next-gen titles we’ll be playing in the weeks and months after the Xbox Series X launches this holiday season. Assassin’s Creed Valhalla is one of the games confirmed for Series X, and it was revealed just hours ago.

Check out First Look next-gen gameplay from our global developers partners within #InsideXbox on Thursday, May 7 at 8am PT. pic.twitter.com/xVdgIeRBJX

Thankfully, the mystery will be solved soon enough, as multiple partners are taking part in the event on May 7th. The same leaks that claimed Microsoft would hold an event early in the month also suggested this would be an “appetizer” compared to a much larger event — one to take the place of the now-canceled E3 2020 press conference — that will happen in late May or early June. In other words, this is not the big Xbox Series X blowout.

Microsoft has been relatively quiet ever since it dropped the full list of Xbox Series X features and specifications last month, but rumors and leaks have been picking up in the interim. Just last week, we heard that the Xbox Series S (a more affordable and slightly less powerful Xbox model) will be introduced soon. We also got to see the official logo for the Xbox Series X after it popped up in a trademark application.