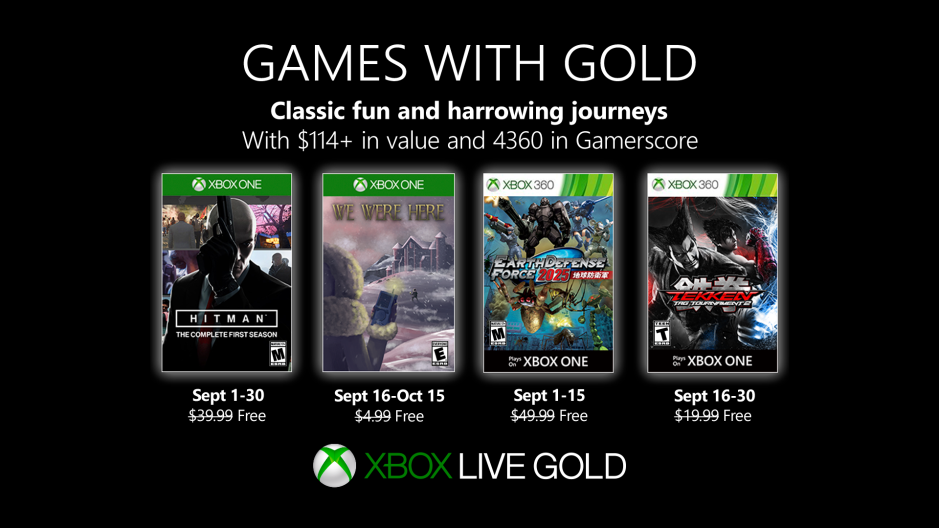 It was apparently the team over at PlayStation’s turn to trounce Xbox with September’s selection of free games for subscribers, as the Games with Gold for next month are underwhelming, especially compared to August’s. But I can’t be too disappointed, as the highlight of the month is unquestionably the first season of Hitman, which remains one of my favorite games of this entire generation. If you haven’t played it yet, grab it on Sunday.

I’m not as familiar with any of the other titles, but I know a lot of people who love the Earth Defense Force games, so here’s your chance to grab one for free. Oh, and there’s a Tekken game in there as well.

You’ll save over $114 if you pick up all four games, and can add up to 4360 points to your gamerscore. Also, keep in mind that each of the Xbox 360 titles are backward compatible with the Xbox One, so even if you don’t have an Xbox 360 on hand, you can still download all four games listed above. And as always, some of last month’s free games are still available if you hurry, so be sure to download them before they go back to being paid.