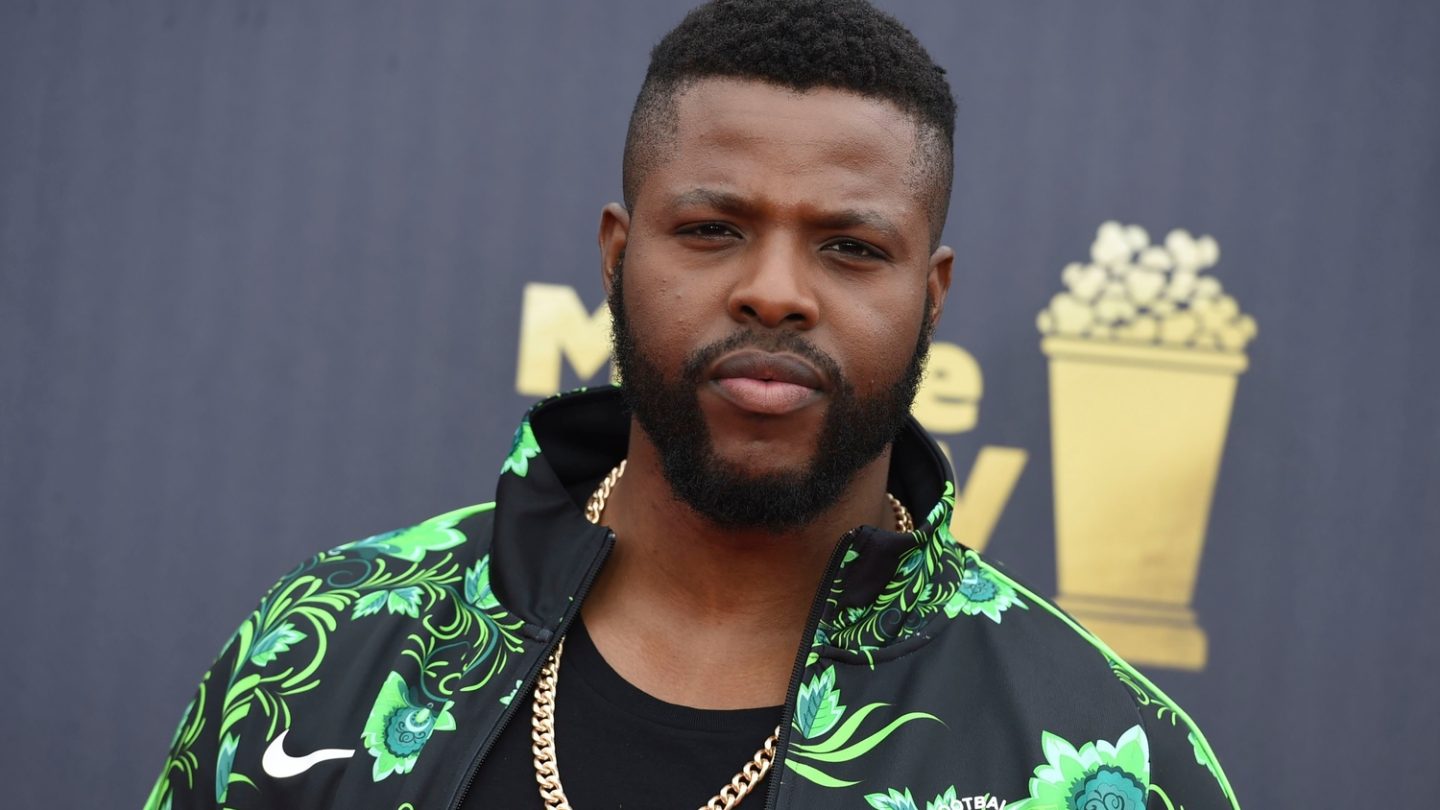 If an actor can be said to have whatever the cinematic version of the Midas touch is, Winston Duke seems as close as anyone to fitting that bill. He only has a handful of movie credits to his name so far, but not only have you probably seen all of them — they comprise most peoples’ ranking of the biggest and most successful big-screen blockbusters of the last couple of years. His breakout performance, for example, came as M’Baku, the fearsome warrior and tribal leader in 2018’s Black Panther who ends up playing a key role in the titular hero’s success. For many mainstream audiences, Duke’s appearance in that $1.3 billion addition to the Marvel Cinematic Universe was their first introduction to him, and he quickly built on that success by reprising the role in both Avengers: Infinity War and Avengers: Endgame.

After that came Jordan Peele’s horror-thriller Us, in which Duke plays the father Gabe and which sent his already ascendant star-on-the-rise even higher. During one of his last days of shooting on that film, meanwhile, he got a phone call out-of-the-blue that would lead to his next project — the Mark Wahlberg-led action/comedy Spenser Confidential, directed by Peter Berg, which debuts on Netflix this weekend and which Duke took us behind the scenes of by way of previewing his new role in the film as “Hawk.”

When you talk with the Yale-trained actor, whose voice still has the Caribbean lilt attributable to his native Trinidad and Tobago, Duke needs little prodding to go deep on, say, how he prepares for scenes or why he chooses this project over that one. He relishes a cerebral discussion about the craft, in fact, as he did during an interview with BGR during which he at one point recounts a bit of advice that fellow actor James Cromwell offered to Duke about the thing that’s immediately striking about the actor when you first see him — his imposing size and presence.

“He told me, because I asked him — is there anything I should know, as a big man? As a tall man on screen, about acting on screen versus stage?” Duke recalls. “Should I pull back, should I do less and it communicates more? And his advice was — he said, ‘The truth has no size.’ The truth has no size. So just always express your truth, no matter the medium, and it’s always going to be right. So whether it’s intimate and small and understated or it’s huge and monstrous and large, it has no size.”

For his first streaming project, in which he stars alongside Wahlberg’s ex-cop named Spenser who’s not afraid to crack some skulls in the service of solving problems, Duke plays his roommate. He’s a cocky, no-nonsense MMA fighter who helps Spenser investigate the murder of two of his former colleagues. Rounding out the cast of the film — based on the Robert B. Parker novel Wonderland — are Alan Arkin, Iliza Schlesinger, Post Malone, and Marc Malon, among others.

When you look at the arc of Duke’s (incredibly) still-young career, the obvious question is how he makes the choices he’s decided on thus far. The answer is the simple strategy that Duke simply gravitates to wherever he’s “wanted.” That’s the sentiment, Duke explains, that he abides by. “Go where people want to be around you and work with you and respect you and love you,” he says. “I got the call for (Spenser Confidential) on one of my last two days shooting Us, and I was going to do reshoots for Avengers. So I would have probably a week between the projects, and Peter Berg told me it’d be something a bit experimental and we’d find it as we go and play it fast and loose. And I said, yeah, I respect it. I’m up for the challenge. I love world-building and just working with bold people.”

There’s not a complicated plot or backstory here to get into. Robert Parker’s series of novels have a devoted following, and this film is based on the Beantown exploits as set out in the 41st Spenser book penned by novelist Ace Atkins (Parker has since passed away, and other authors are tapped to keep his book franchise alive). Rolling Stone has already good-naturedly noted in a review about the film that not since The Fighter has a movie given Wahlberg “the chance to indulge in so many townie-isms” as this one does. It’s also fun to see a prison uniform-clad Post Malone get caught up in an attempted prison beat-down of Walhberg’s character (which ends just how you’d expect). MMA fighter “Cowboy” Cerrone was brought in to, as Duke explains it, train the cast but also to help them develop a “fight language” for the movie. He helped make the street fights and action that doesn’t take place inside a boxing ring or gym seem as messy and chaotic as you’d expect in real-life — and fun to watch.

“It’s never lost on me what Black Panther has meant to my career,” Duke says, before going into a bit about his process that might help explain why the hottest directors have been clamoring to work with him.

In one of the first scenes of Spenser Confidential where Hawk interacts with Spenser, we see Duke’s massive frame sprawled out on a bed where he and Spenser are rooming together. There’s a menace but also inquisitiveness in the piercing stare he directs at Spenser. He doesn’t get up or address Spenser as he enters the room. There’s a purposefulness you can sense in Duke’s acting, even when he seems to not be doing … well, much of anything.

“One of my big things is finding what my character’s going to be like in stillness,” he says. “So if I gain 60 pounds to play Hawk and be really bulky, when I sit I breathe differently. How I sit with my weight, how I walk and run with that weight is totally different.

“When I play M’Baku when I’m 40-50 pounds lighter but down to 10% body fat and my metabolism is always functioning, my body moves like an engine and my mind is really clear and I meditate — that makes a difference when I’m sitting in silence. That makes my silence and my moments of inaction totally different than when (I play) a dad who works for the weekend, you know? That body sits totally different. So my body is a really big part of my process.”