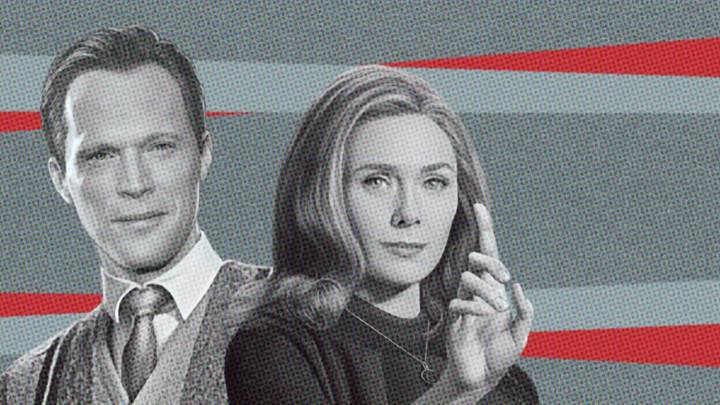 We’ve only seen two episodes of Marvel’s WandaVision mystery that’s disguised as a sitcom, but it’s clear the first MCU TV show made for Disney+ is a massive success. The new format gives Marvel more freedom to try new things, and WandaVision is the perfect example of that. With seven episodes to go, we still haven’t gotten to the good part, and Marvel will probably take its time unraveling what is going on.

The web is already filled with theories about what’s happening in WandaVision, who the villains are, and the things to come. We’ve seen several leaks offering purported plot details about the show. Speculation will continue to mount in the coming weeks, as Disney will only release a single episode each Friday. WandaVision won’t be the kind of TV series you can binge in one sitting unless you’re willing to wait until early March for the finale to air. That’s why it’s not surprising to see more plot leaks hit the web. The following one is incredibly detailed, so Marvel fans who hate spoilers should better avoid it for the time being.

As with other leaks, whether they’re about MCU Phase 4 films or the iPhone 13, there’s no way to verify this unofficial information. Anyone with enough knowledge of the MCU and Phase 4/WandaVision rumors around could create their own plot version and post it anonymously on 4chan, as someone just did. And this person either has actual knowledge of what’s happening in WandaVision or a great imagination. Either way, the plot leak is incredibly detailed and works well as a fan theory.

According to the leak, Wanda is a SWORD agent, just like Agent Jimmy Woo, Darcy, and Monica Rambeau. Woo was recruited from the FBI to monitor superpowered beings after the Sokovia Accords. Wanda was apparently sent to the location of the events unfolding in Westview to investigate something, although it’s unclear what that is.

Wanda was then placed in a “real illusion.” The sitcom world she sees is real, with real people in the town. But those from the outside the bubble can’t experience the same sitcom world. Wanda is trapped in her subconscious, with SWORD trying to contact her and wake her up.    Wanda supposedly reached a deal with Mephisto, one of the show’s villains, who allowed her to get Vision back and live a peaceful life in a sitcom-like universe based on the shows she used to watch as a kid. Mephisto is apparently close to the couple, as he wants to obtain Wanda’s kids. He hopes the children will grow into powerful sorcerers that he could control, as Wanda is too dangerous to control.

Wanda will end up fighting SWORD in the end until agent Woo will make her realize that she’s been lying to herself. Even after the fight, Wanda will be unwilling to leave the universe she created.

Mephisto, who at one point is inside the rabbit, isn’t the only villain. Agnes is Agatha Harkness, the witch in the comics who has her own pact with the devil. She befriends Wanda to get her kids, but the friendship will be real later. Nightmare will possess Agnes by the end of the show, and he will harness Wanda’s powers to break open the multiverse. This storyline will supposedly continue in Doctor Strange in the Multiverse of Madness. Speaking of the Doctor Strange sequel, Dottie will reportedly be revealed to be Clea, a Doctor Strange character we expect to see in the film.

Monica Rambeau was able to enter Wanda’s imaginary town by falling asleep in a helicopter that SWORD wanted to use to break into the world. Monica, known so far as Geraldine in the show, will try to wake Wanda up again. But Wanda will be pissed off to find out that Vision isn’t real, and that’s how Monica is thrown out of the world. Monica, being forcefully removed from Wanda’s world, is something we saw in the trailers.

Quicksilver, Wanda’s brother, will return in two versions. First, Aaron Taylor-Johnson will appear in a couple of episodes, including a flashback. Wanda starts remembering people from the outside world, including Pietro, as she’ll try to figure out whether she had any siblings. The presence of a dead person will apparently start breaking the illusion.

The second Quicksilver will be played by Evan Peters, who played the character for Fox’s X-Men. Ralph, aka Grim Reaper, will befriend Quicksilver, and it’s in this process that Peters’ version replaces the original Quicksilver of the MCU.

Mephisto will end up taking control of Quicksilver’s body, apparently, and Agnes will turn against the devil at some point during the show. Wanda and Agata will reportedly try to send Peters back to his universe, and this is where Nightmare will seize control of Agnes — that’s a detail only the audience will see, with the story supposed to carry over.

Peters will apparently say that mutants are pretty common in his universe, a tease for Marvel’s future X-Men plans.

Wanda’s subconscious will start associating powers of the real heroes she met in the real world to random civilians in the imaginary town.

Wanda and Vision’s kids are Billy and Tommy, and both will have powers. But there’s also going to be a third child, a girl called Viv, who will be created to resemble Vision. Viv will be the only one to realize that Quicksilver looks different.

Midway through the show, Wanda will apparently break out from her illusion and watch reruns of her sitcoms. That’s where she’ll realize that nothing is true and that her children aren’t real. That’s why she’ll decide to go back into the sitcom world.

SWORD is reportedly using a device implanted in Wanda before she was sent to deal with whatever matter caused the current crisis. That’s how the organization can monitor the events in Wanda’s mind or the sitcoms that we get to experience.

After watching all sitcom episodes, Darcy will come to the illusion, revealing to Vision what’s going on. Flashbacks of Wanda’s life will help Darcy understand the extent of Wanda’s trauma. Aaron will appear in flashbacks, and the scenes will also explain how the Mind Stone activated Wanda’s powers.

The ads in the show, which feature the same two characters, are also related to Wanda’s trauma. They’re reportedly Wanda’s parents, something many have speculated so far. Ads so far have referenced Tony Stark and Baron von Strucker, events tied to the death of Wanda’s parents, and the appearance of her powers. Future ads will cover Pietro’s death, the explosion in Lagos, and Thanos (via a vacuum cleaner commercial).

Vision will try to help Wanda accept the fact the imaginary world is not real. He will fight Grim Reaper, looking to destroy the dome that’s protecting this world.

Wanda supposedly saves Vision in a scene mirroring events of Age of Ultron where Vision saved her. Vision will return to the real world, and so will the children, Agness, Quicksilver, and the rest of the town and SWORD members.

But Vision will have lost his memory by the time he’s saved and will leave with SWORD. Nightmare-Agnes will hide their children, however. Wanda will try to move on, unaware that Nightmare is about to open the multiverse.