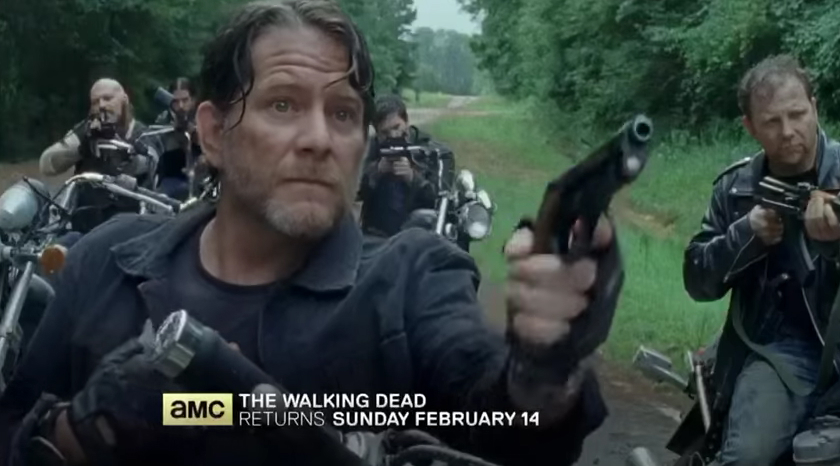 It’s been a long wait, zombie movie fans, but The Walking Dead is returning to AMC in just a few short days. We’ve seen a bunch of trailers and official teasers posted online so far, but that’s simply not enough for fans. That’s why you’ll be thrilled to hear that the first four minutes of the show has just leaked. While it’s not great quality video, it’ll definitely give you a taste of what’s coming.

The video below, found by Walker Culture, picks up the action where we left off ahead of the mid-season break. Daryl, Sasha and Abraham are headed back to Alexandria in a truck when they’re stopped at gunpoint by Negan’s henchmen. As you can plainly see, things aren’t looking too good for them. Not to mention the fact that they have no idea what’s currently happening in Alexandria, as walkers have breached the town.

The video was shown on Friday during a special event at The Smithsonian where Andrew Lincoln, Scott M. Gimple and Greg Nicotero discussed the upcoming second half of the season.

In addition to this unexpected clip from The Walking Dead, you can also check out a new official teaser for Fear The Walking Dead. The spin-off’s second season debuts later this year on April 11th, at which point we’ll learn more details about how the world evolved after the zombie apocalypse hit.