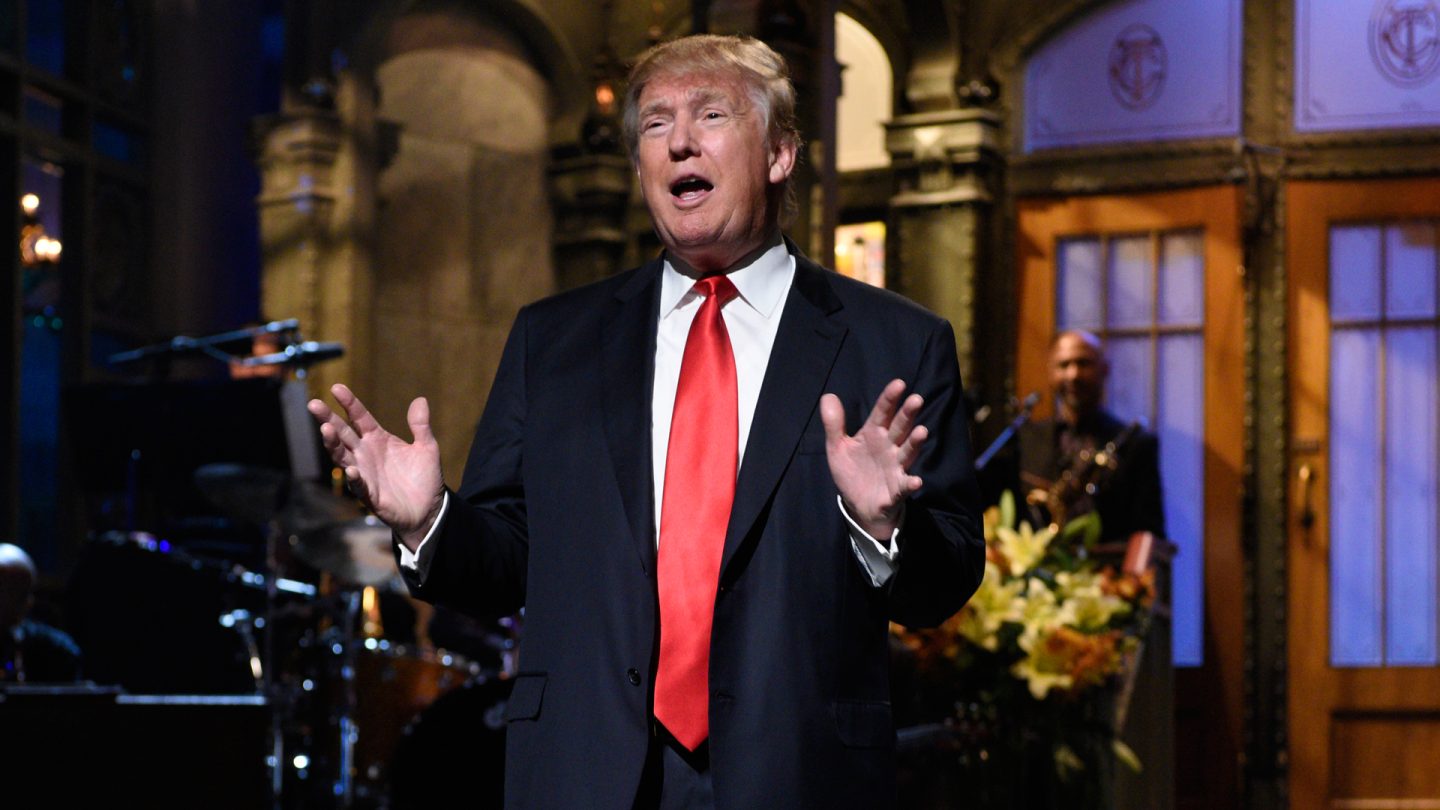 In what has already become a predictable routine, Saturday Night Live over the weekend poked fun at Donald Trump’s foibles, subsequently prompting the President-elect to thrash the program via, what else, his Twitter account.

Funny enough, the entire premise of Saturday Night Live’s cold open this past weekend centered on Trump’s proclivity to communicate via Twitter, not to mention his recent decision to retweet something initially sent out by a 16-year old from California.

DON’T MISS: You get one last chance to buy a NES Classic Edition before Christmas

The sketch begins with a High School-aged boy named Seth who is startled to discover that he’s been retweeted by none other than Donald Trump, once again played dutifully by Alec Baldwin.

During the course of a security briefing, Trump ignores more pressing matters and exclaims to Kellyanne Conway: “Kellyanne, I just retweeted the best tweet. I mean, what a great, smart tweet.”

After promising to stop tweeting to focus on more serious topics, Trump simply can’t control himself, ultimately retweeting a few other messages from random citizens across the country.

Of course, the overarching theme of the sketch is that Trump is wholly unprepared to take on the responsibilities of the Oval Office while simultaneously being uniquely unqualified to handle important international flare-ups across the globe.

Not too long after the sketch aired, Trump predictably and non-ironically took to Twitter to lambast the show for another job poorly done.

Funny enough, Trump has made a habit out of blasting SNL yet he can’t seem to stop watching the show. In fact, Trump, during the run up to this year’s election, tweeted that SNL was part of a broader media effort to rig the election, not before stating the the show itself should essentially be taken off the air.

It’s going to be an interesting four years, folks.