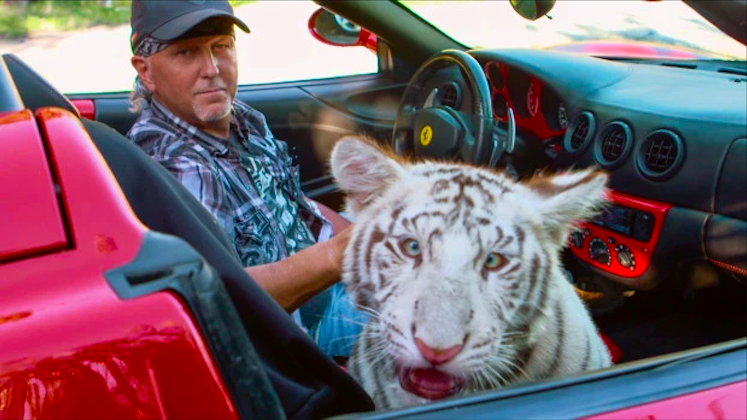 Every once in a while, a show comes around that captures the collective attention of the TV-watching world, with Stranger Things and Game of Thrones being just two prominent examples. A more recent example is Tiger King, a wild new documentary from Netflix that’s really hard to put into words. The documentary essentially chronicles the story of Joe Exotic, an eccentric tiger breeder and exotic animal park owner who eventually gets locked up in prison for trying to kill a rival animal park owner.

Along the way, we’re introduced to a colorful cast of characters who are crazier and more engaging than anyone you’d be able to dream up on your own. As the old adage goes, truth is stranger than fiction. The stories that unfold in Tiger King are beyond bizarre, so much so that an exotic animal collector who was the basis for the movie Scarface somehow comes out as one of the more normal people in the show.

Tiger King is without question one of the most addicting shows I’ve ever seen and I can’t recommend it enough. There are seven episodes in total and each one is somehow crazier than the last. The stories that unfold throughout the series are mind-boggling, and encompass animal breeding, sex cults, drug use, guns, suicide, polygamy, murder-for-hire, and a lot more.

So, how does this all relate to +, you might be wondering?

Well, the reality is that Apple — from what we currently know about the company’s programming philosophy — would never even think about producing a show like Tiger King. Recall, Apple reportedly wants to focus on programming that is aspirational in nature.

Apple’s preoccupation with releasing shows that are aspirational has prompted the company to cancel compelling projects it already agreed to bankroll. A few months ago, for example, Apple canceled Bastards, a show that was set to focus on two military veterans who go on a killing spree. And before that, Apple canceled Vital Signs — a series about Dr. Dre’s life — due to its focus on sex, drugs, and violence.

And while I’m not championing the idea that Apple should embrace sordid content at every turn, the reality is that some of the more popular TV shows in history — such as The Sopranos and Breaking Bad — include content that Apple would find distasteful.

Here’s all you need to know about Apple’s vision for +: Around the same time that Netflix released Tiger King, Apple released a new show from Oprah Winfrey called Oprah Talks COVID-19. The show involves Oprah making FaceTime calls to friends and celebrities where the topic of discussion is the coronavirus.

Can you imagine anything more boring? Is this the type of entertainment people want to see on a streaming service when news channels are running coronavirus updates around the clock?

If Apple wants to really compete with the likes of Netflix and HBO, it will have to completely reevaluate its programming philosophy from the ground up. Whereas Netflix has become masterful at churning out content that people love, Apple seems to just be paying big bucks for big names to churn out content most people have no interest in.

Apple, for whatever reason, still doesn’t seem to grasp that people gravitate to shows that they find compelling, not aspirational. And while the two aren’t mutually exclusive, the popularity of Tiger King should serve as an important lesson for Apple if it truly wants + to make a dent in the streaming world.