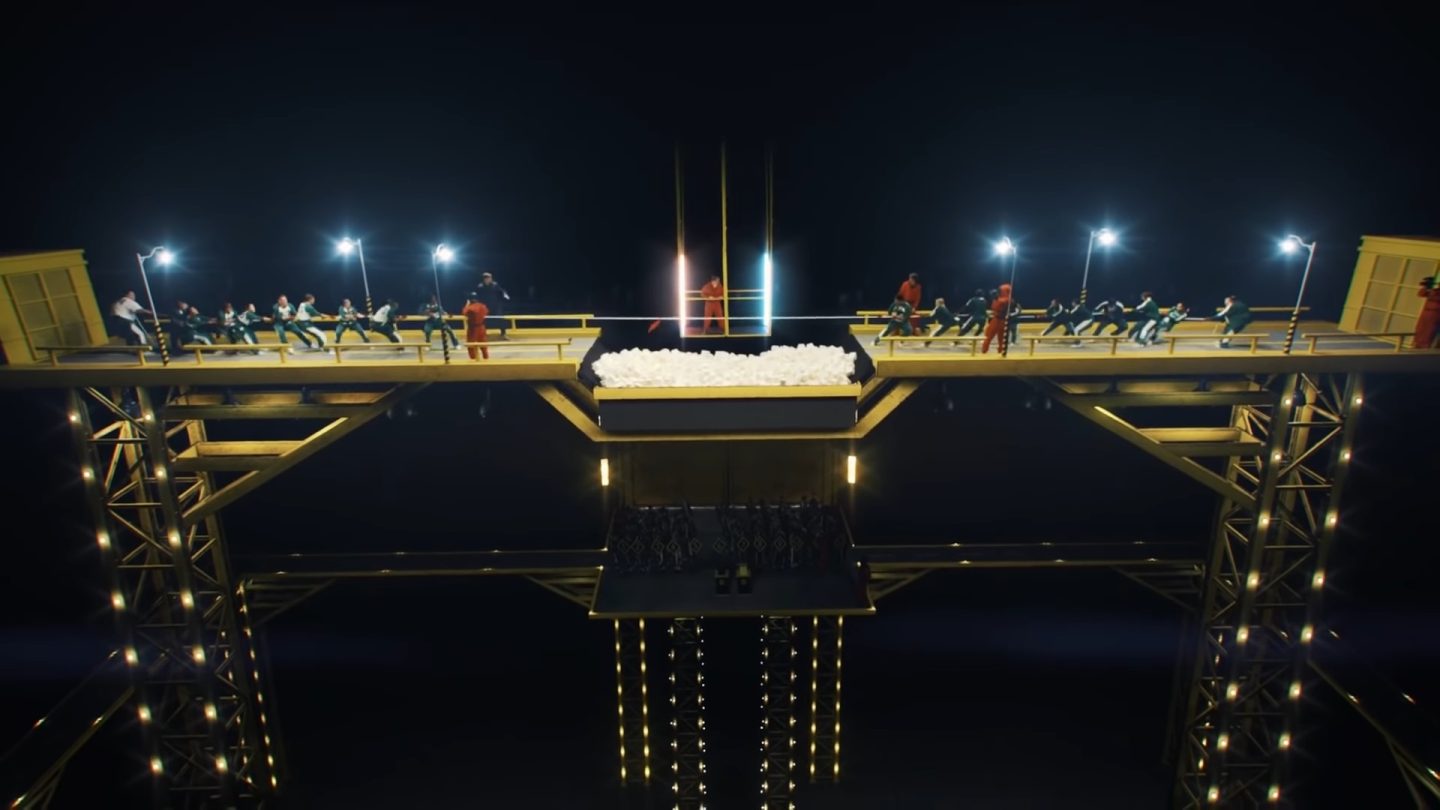 The biggest streaming phenomenon of 2021 wasn’t a Marvel series, a Star Wars show, or even a long-awaited sequel. Rather, the biggest streaming phenomenon of the year was the brutally violent South Korean thriller Squid Game. Hwang Dong-hyuk’s death game series smashed every Netflix record, with over 1.6 billion hours viewed in its first 28 days on the service. Bridgerton, the next biggest show in the Netflix library, recorded less than half of that with 625 million hours viewed. With that in mind, it’s no surprise that people are trying to recreate the games from Squid Game in real life.

We actually wrote about one of the competitions in October. But it truly pales in comparison to what James Steven Donaldson (aka MrBeast) put together for his YouTube channel.

For those of you who haven’t seen the TV show, Squid Game involved 456 participants competing in a series of simple games to win a grand prize of 45.6 billion won. The catch? If you lose a game, you die. MrBeast’s recreation is nearly identical to the show, save for the life-or-death stakes. 456 real people have to compete in a series of games, and only one will walk away with $456,000.

As of Tuesday morning, the YouTube video has garnered over 120 million views. It’s currently the 8th most-watched video on MrBeast’s channel, but it has also been online for less than a week. When it’s all said and done, it could be the creator’s biggest video ever. And that would certainly make sense, considering that MrBeast said he spent $3.5 million producing the video.

You can watch MrBeast’s homemade take on Squid Game below to see who won the competition:

The controversy surrounding the video

Of course, it wouldn’t be the internet if there wasn’t a controversy. On Sunday, content creator and Forbes contributor Jon Youshaei tweeted that MrBeast’s YouTube video was already threatening to amass more views than the streaming series it was emulating after just a few days.

Within hours, the tweet had elicited a firestorm on Twitter. Countless people began pointing out that the only reason anyone was watching MrBeast’s video was because of the popularity of the actual TV show. There’s no question that MrBeast has an enormous audience, but there’s a reason this video is on its way to being his most popular. It’s because he copied a winning formula.

Youshaei was getting more than his fair share of flak, so he ended up deleting the tweet. But it does raise some interesting questions about the so-called “creator economy” and how we define ownership. Squid Game creator Hwang Dong-hyuk has gone on record about the 10-year journey he went on to get the show made. He also talked about how stressful it was to write and direct every episode of the show. And we know that despite its record-breaking popularity, he and the cast didn’t make any more money than they were initially promised.

Meanwhile, a YouTuber spends a few weeks and a fraction of the budget of the show to copy it scene-for-scene and profit enormously. At least Squid Game is getting a season 2.

You can watch the real Squid Game on Netflix with a subscription right now.