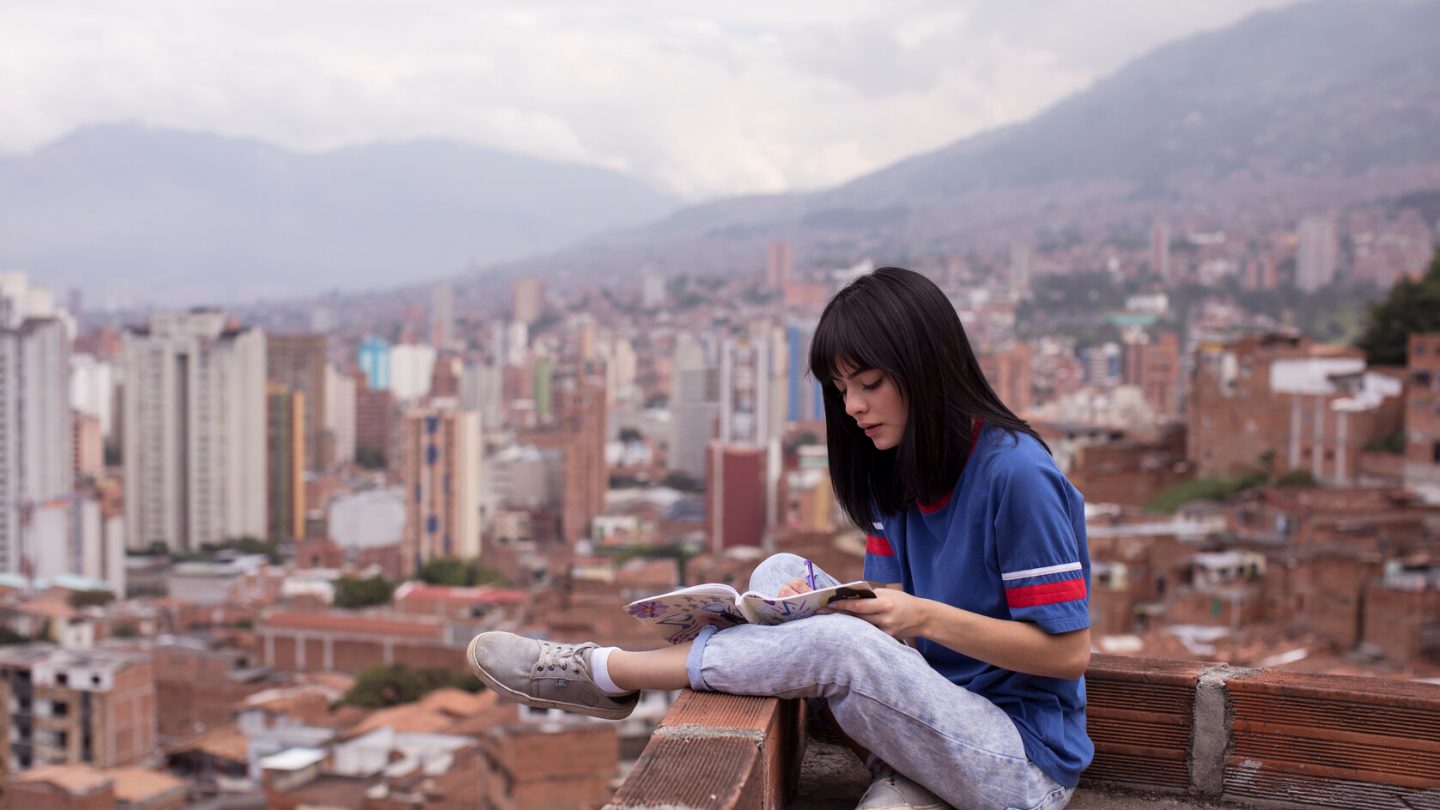 Anyone who’s trying to learn Spanish, like me, here’s one tip. Just go ahead and make Netflix your new best friend, if you haven’t already. That’s because some of the most popular (and compulsively bingeable) content on the streamer includes Spanish-language TV shows. The likes of which range from crime dramas like Money Heist to telenovelas including the just-released The Five Juanas, as well as The Queen of Flow. The latter of which is tailor-made to be enjoyed as escapist TV.

Because not only does this telenovela introduce you to the breathtaking beauty of Medellin, Colombia. But there are also nearly 200 episodes across two seasons for Netflix subscribers to enjoy.

The Queen of Flow, streaming on Netflix

“Seventeen years after being wrongly imprisoned, a talented songwriter seeks justice against the men who caused her downfall and killed her family,” reads the official description from Netflix.

One of the descriptions you see most often from people who love this show is an insistence about how “addicting” it is. Which is to be expected, really. Because The Queen of Flow fits very much into the soapy format of telenovelas that easily reel you in and keep you hooked.

Central to the story is the character of Yeimy Montoya, who we meet as a teenage reggaeton songwriter from Medellin. Long story short, she ends up wrongfully imprisoned. Her family is murdered, her music gets stolen, and when she gets out? She heads back to Medellin, to take her vengeance.

“Creative plot twists, charismatic stars, devious villains, and upbeat tunes make the show an addictive musical soap,” reads one Rotten Tomatoes user review. Adds another: “Probably one of the best shows of all time, if you don’t know Spanish it’s still worth watching with the subtitles. I binge-watched this in like a month and a half and couldn’t stop watching.”

According to data from FlixPatrol, The Queen of Flow has actually been a Top 10 show on Netflix for 170 days. Which is a caliber of performance that also reminds me of another top-ranked Spanish-language series on the streamer. One that I’ve said previously will go down as one of the best Netflix franchises of all time.

The latter would be none other than Narcos, which has now ended its run on Netflix across two iterations of the franchise. The three-season original, set in Colombia, and then a three-season spinoff season set in Mexico.

After finishing The Queen of Flow, definitely put this one on your list. The factors that make it of Netflix’s best-ever originals? Propulsive storytelling. Larger-than-life villains. The power struggles, and the explosive violence juxtaposed with the at-times breathtaking beauty of Mexico and Colombia. From our review of the just-released Season 3 of Narcos: Mexico:

“In the end, Narcos and Narcos: Mexico feel … like as good an example as any that you can point to and say — a-ha, there. Netflix has found its own Game of Thrones, or nearly. Both shows are devoid of heroes in the classical sense. They unpack all the dirty layers of human evil, and the capacity for evil. But there’s also depth, and powerful writing, to balance out the violence.”