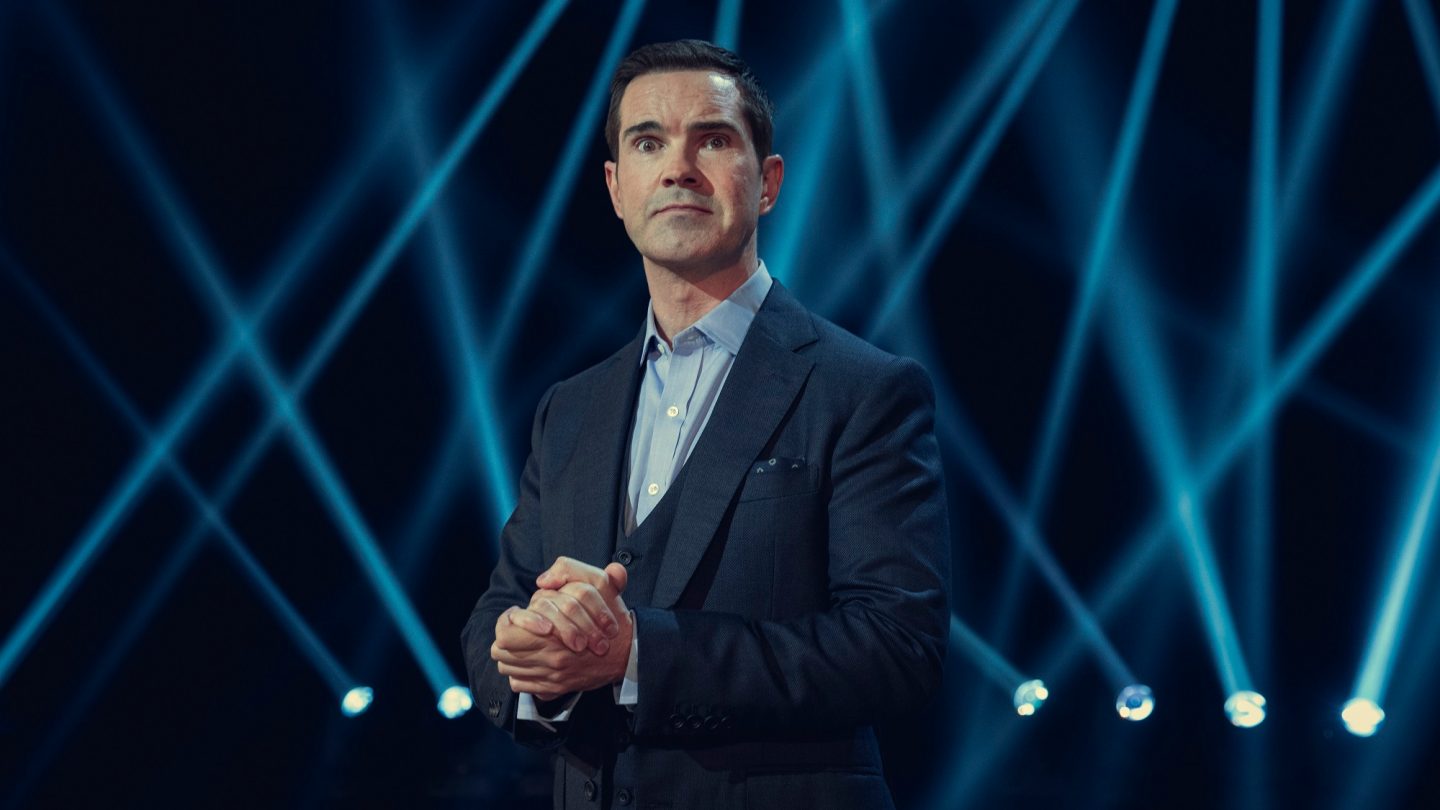 On Christmas Day, 2021, Jimmy Carr released his latest stand-up comedy special on Netflix. Netflix is constantly pumping out specials, and it seemed like Carr’s His Dark Material (a play on Philip Pullman’s fantasy series His Dark Materials) would come and go without very much fanfare. Based on the IMDb score, his fans certainly seemed to enjoy it. But in recent days, a certain clip featuring a controversial joke from the special has begun circulating online, and now some groups are calling for Netflix to take the special down.

The joke in question, perhaps unsurprisingly, involves the Holocaust. Carr notes that when people discuss the Holocaust, they talk about the six million Jewish lives that were lost. They fail to mention the thousands of “Gypsies” killed by the Nazis, though, “because no one ever wants to talk about the positives.” This elicited a response from the Holocaust Memorial Day Trust, which said in a statement that it was “absolutely appalled” at Carr’s joke:

We are absolutely appalled at Jimmy Carr’s comment about persecution suffered by Roma and Sinti people under Nazi oppression, and horrified that gales of laughter followed his remarks. Hundreds of thousands of Roma and Sinti people suffered prejudice, slave labour, sterilisation and mass murder simply because of their identity – these are not experiences for mockery.

Prior to telling the joke, Carr noted that it should be a “career-ender,” and told the audience to strap in. This was seemingly the precise reaction that Carr was expecting, though perhaps not a month and a half after the special debuted.

After telling the joke, Carr offered three reasons why it was a good joke. According to Carr, the joke was funny, edgy, and there’s an “educational quality” to it as well. As Carr explains, not everyone is aware that the Nazis persecuted a number of groups.

These clearly weren’t convincing enough explanations for the Holocaust Memorial Day Trust. Nor were these reasons enough to stop The Traveller Movement from creating a petition on ActionStorm. More than 13,000 people have signed the petition as of Monday.

After the clip went viral, author Philip Pullman decided to chime in. He said that Carr should change the name of the show because he didn’t want to be associated with it:

This isn’t the first time that a Netflix comedy special has been in the crosshairs. Last October, the streamer released Dave Chappelle’s latest special, The Closer. In that special, Chappelle told a series of transphobic jokes. Many Netflix employees spoke out, and some even walked out in protest. This wasn’t enough to sway leadership into taking action.

“With The Closer, we understand that the concern is not about offensive-to-some content but titles which could increase real world harm (such as further marginalizing already marginalized groups, hate, violence etc.),” Netflix CEO Ted Sarandos told employees at the time. “Last year, we heard similar concerns about 365 Days and violence against women. While some employees disagree, we have a strong belief that content on screen doesn’t directly translate to real-world harm.”