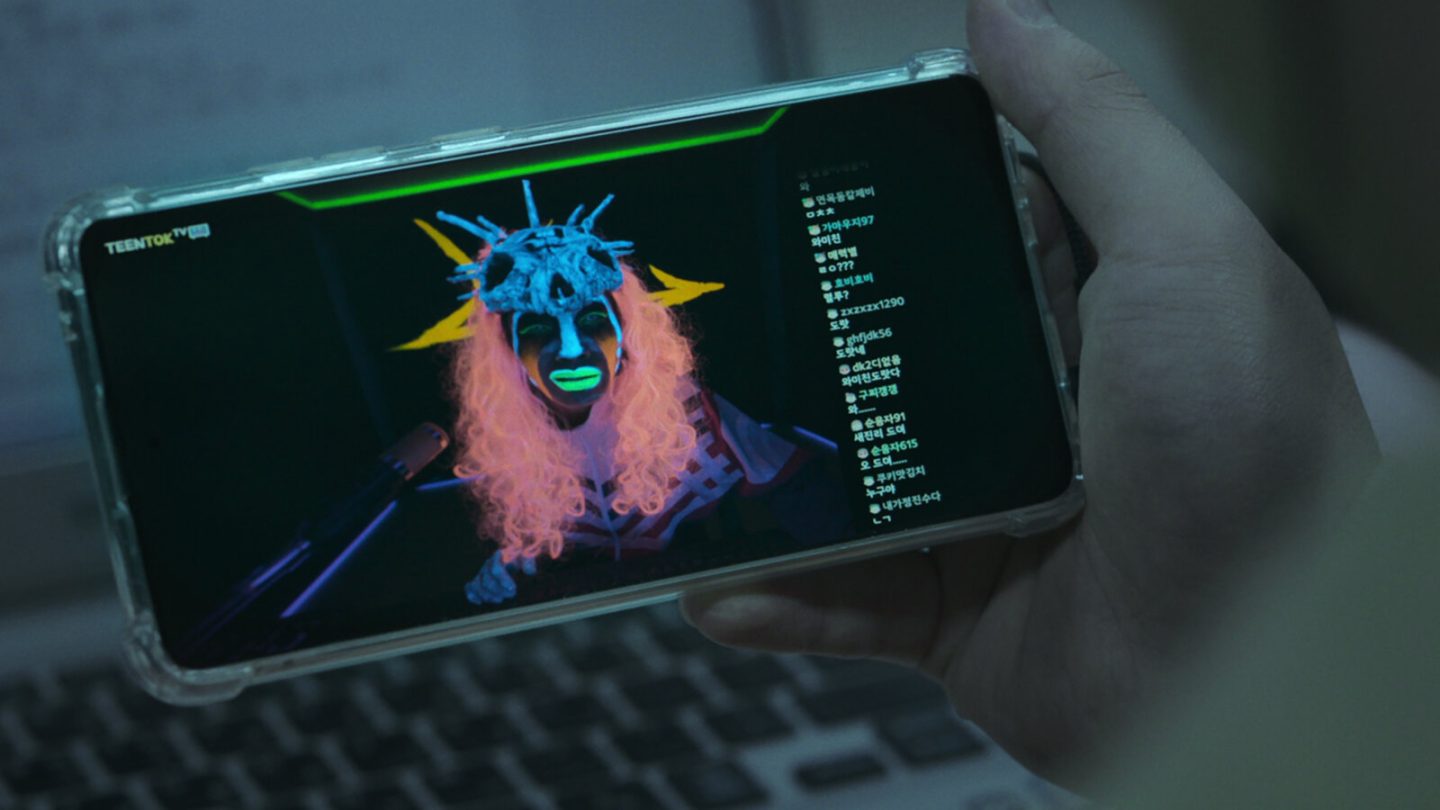 South Korean content is dominating pop culture around the world right now. One TV show after another from the country has rocketed up the popularity charts on Netflix in recent weeks. And Korean pop music thanks to groups like BTS — which picked up three AMAs in recent days, as well as a Grammy nomination — has a similarly global army of fans. The current top Netflix TV series globally, Hellbound, is another example of this trend.

The show debuted on Netflix one week ago. And, already? It’s dethroned Squid Game — another Korean show that turned into one of the biggest releases of all time on Netflix — from its perch at #1 on Netflix’s Top 10 list. Read on for what this new 6-episode series is about, and why it’s so popular.

Hellbound = The next Squid Game?

The comparisons between both shows are pretty hard to ignore. In addition to the obvious, their point of origin, both are high-concept dramas that veer into some dark and at times shockingly violent places. Instead of a series of games wherein participants can die a horrible death, however, in the case of Hellbound the basic storyline is as follows.

A creepy face materializes to tell sinners they’ve been marked for death. At the appointed hour, right on time, three scary, massive demons show up to subject the victim to a beatdown. After which they’re incinerated, sending their soul on its way. “Unbelievable demonstrations of hell take place in the middle of Seoul right in front of crowds,” reads the official synopsis from Netflix.

“Mysterious beings condemn individuals to be hellbound, and otherworldly beings appear exactly at the specified time to kill the condemned in a brutal burning.” Mysterious, indeed. The CGI demons are huge, and utterly terrifying. Some reviewers have criticized the visuals here, but I think the show does an adequate job of completely freaking you out with these guys.

All of which combines to make this series in the words of one reviewer, a “dark delight.”

"we don't have to focus on the afterlife. we already have the power to make the place we live in heaven or hell. 'but what are we doing now?'. I think that's the question this drama asks us" pic.twitter.com/wx4RnZ2MBy

As of the time of this writing, Hellbound still has a 100% perfect score from critics at Rotten Tomatoes. Based on 257 user ratings, meanwhile, the audience score at the site currently stands at 77%.

This show has proven such a hit with critics, and drawn comparisons to Squid Game, partly because of the deliciously inventive twists. Such as the lawyer character Min Hyejin, who suspects that there might be a different explanation for what’s all going on here. “She joins forces with the few who try to protect the hellbound and return the world to the realm of humans, not gods,” Netflix’s press material explains.

They go up against the chaos instigated by the QAnon-style group. “Then one day, an infant born two days ago is condemned, making it difficult to believe the divine will that only sinners become hellbound.”

I do find it so interesting that these two shows came out essentially back-to-back on Netflix. Because without meaning to, they kind of work well together, as thematic companion pieces.

Squid Game grapples with the dog-eat-dog, winner-take-all aspects of capitalism. While Hellbound deals with the implications of having blind faith in something. Two hugely consequential aspects of life in the modern world. What can you say, but hats off to these South Korean creators who decided to take a big swing at something ambitious. With both of them sticking the landing, each in their own way.