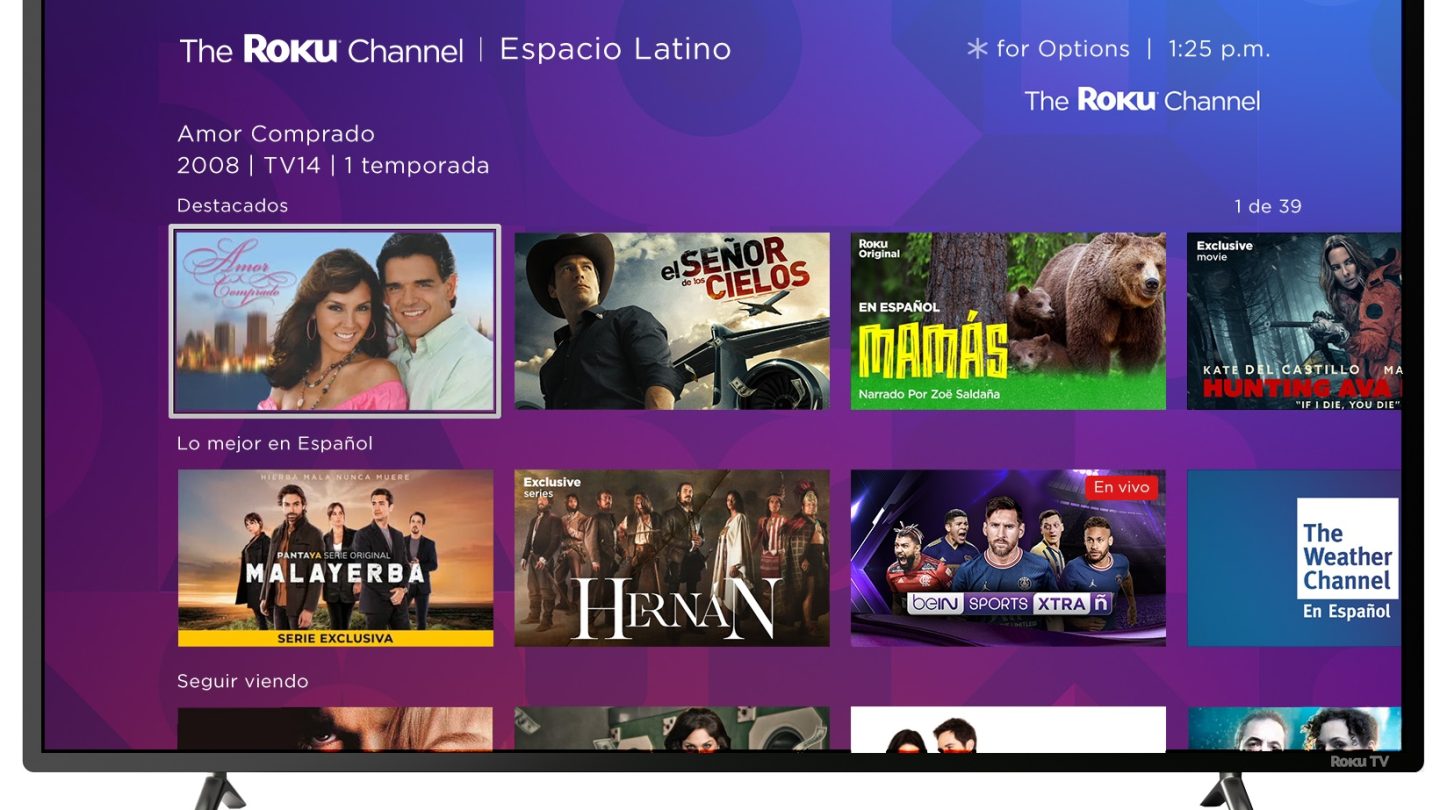 Over the years, The Roku Channel has become one of the premier FAST (free, ad-supported streaming TV) services available. It features hundreds of live channels plus thousands of on-demand movies and shows. There has always been a great deal of foreign-language content on the service, but this week, Roku is doubling down on its commitment to the international audience with a new Spanish-language hub called Espacio Latino.

Espacio Latino is a new destination on The Roku Channel for Spanish speakers in the US.

The hub features thousands of hours of free movies and shows in Spanish at launch. That includes original and exclusive Spanish content in addition to dubbed and subtitled English content. There will also be 50 live TV channels, 25 of which are new to The Roku Channel. A new Roku Original called Natural Born Narco debuts on July 8th.

Here’s what Ashley Hovey, head of The Roku Channel’s AVOD business, had to say:

The launch of Espacio Latino marks an exciting step forward in our efforts to create a unified Spanish language experience for millions of streamers to enjoy on The Roku Channel. Our team worked diligently with some of the most renowned content providers in the Spanish language space to create a robust lineup of top tier telenovelas, sports, news, movies, TV series and more for audiences to enjoy for free. We’re ecstatic to introduce Espacio Latino and can’t wait to continue creating a strong Spanish language entertainment experience on The Roku Channel.

What to watch on the new Spanish hub

Here are some of the standout AVOD titles that will be free to watch on Espacio Latino:

There will be more than 50 live channels spanning sports, news, telenovelas, movies, music, and more. These channels will feature content from Canela.TV, EstrellaTV, TelevisaUnivision, The Weather Channel en Español, beIN SPORTS, and more.

If you’re looking for more to watch on The Roku Channel, check out June’s new releases.