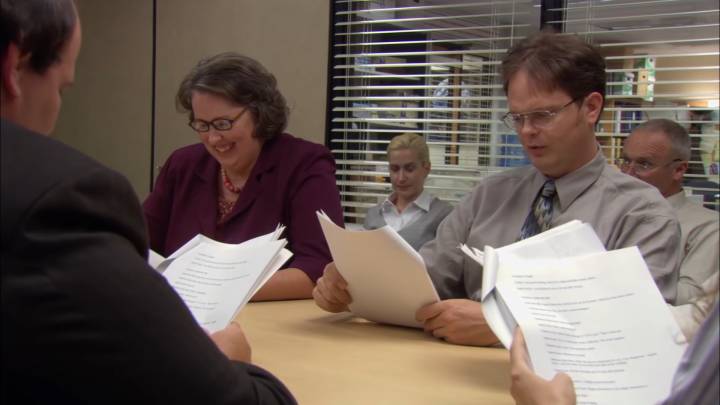 The slow rollout of Peacock’s Superfan Episodes of The Office continued this week with season 2. When The Office arrived on Peacock earlier this year, the service celebrated with extended cuts of every episode from season 3. The plan was to eventually release longer cuts of every single episode from every season. In April, Peacock finally expanded the selection with the release of the season 1 Superfan Episodes. Now, three months later, Peacock is back with season 2.

As with the previous seasons, there are Superfan Episodes for every episode of season 2. Many of the episodes run over 30 minutes, including beloved fan favorites such as The Dundies, Drug Testing, and Casino Night. Also, as NBC notes, the classic Office Olympics episode has new footage just in time for the 2020 Tokyo Olympics. Here’s one never-before-seen clip from season 2:

As we said in April, most people don’t need any additional excuses to rewatch The Office. It’s one of the most bingeable shows ever made. That said, these Superfan Episodes of The Office add more than you might expect. Without the strict limitations of a TV schedule, the team can add as much or as little as they like. That’s why the length of each episode varies so greatly. Also, you’re going to see things in these episodes that have never been seen anywhere else.

The Office: Superfan Episodes are behind a paywall

If you’re considering subscribing for The Office: Superfan Episodes, check out everything else coming to Peacock in July. The service is starting to rack up a solid slate of original content.