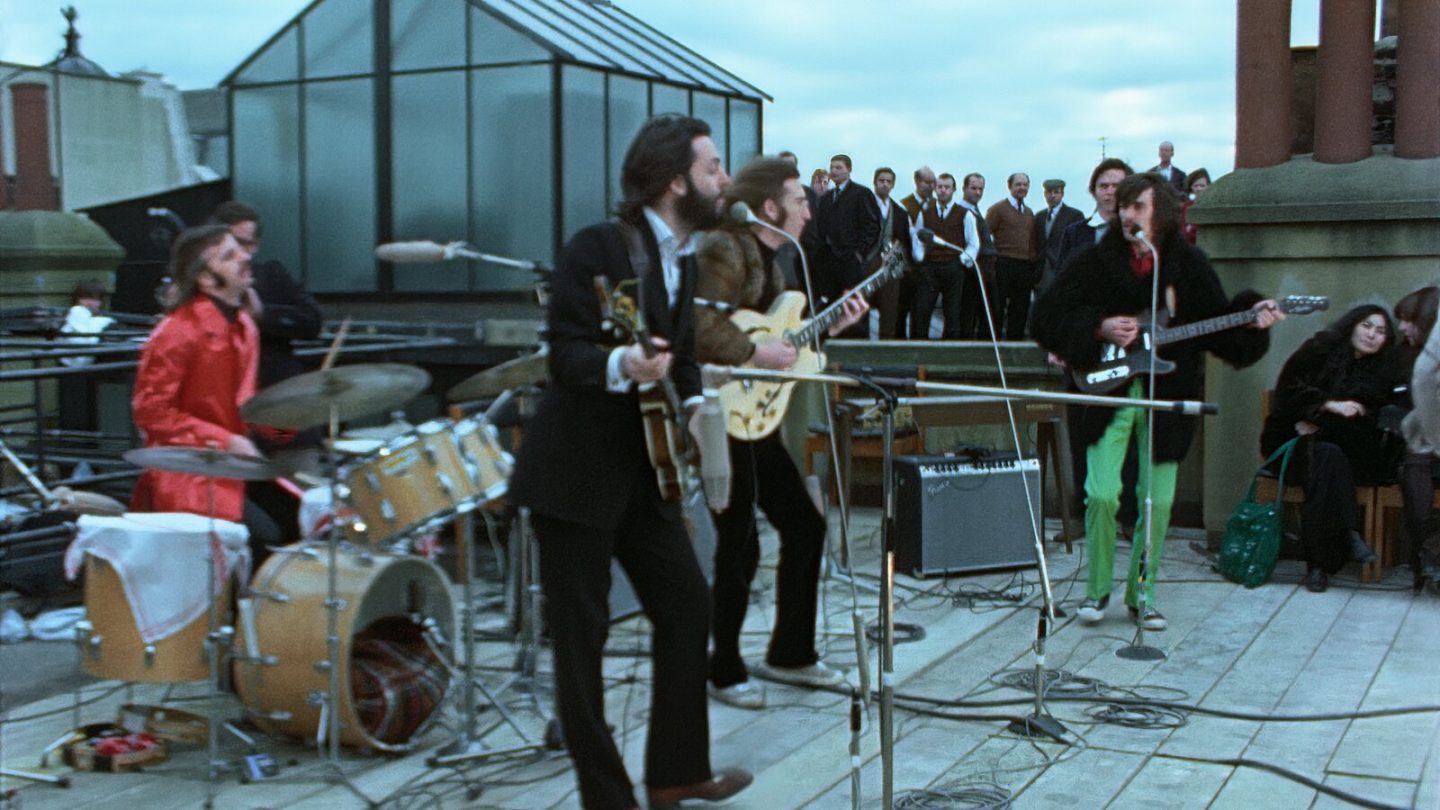 As a lifelong Beatles fan, as someone who’s seen Paul McCartney in concert three times and (literally) bumped elbows with Ringo in Los Angeles right before the pandemic, director Peter Jackson’s new three-part The Beatles: Get Back docuseries on Disney+ is a treat of the highest order for fans. One that’s so good, it’s almost impossible to put into words.

Where to even start? The fly on the wall perspective of seeing John, Paul, George, and Ringo composing and recording inside Abbey Road. Footage widely available, finally, of the rooftop concert. Watching McCartney come up with masterpieces more or less on the spot. The arguments, smoke breaks, cattiness, weird hijinks, and everything else that makes this portrait of the band more real than its four members have ever come across in news stories, photos, and films ever before. In fact, one of my favorite things about this project is that’s almost less a documentary than it is a kind of reality show. Like someone just turned on a camera, pressed record, and that was that. Not that there’s any complaint here, of course, nor from the rest of the global Beatles fandom.

All you need is love — and Disney+

This is something that will never be captured on film ever again.

The most successful song-writer of all time, Paul McCartney, composing one of his #1 hit singles out of thin air, at only 26 years old:pic.twitter.com/nYZmWTfe8T

Nevertheless, there is one thing that a lot of people are still getting wrong. First, a quick recap.

Let it Be is the title of the second-to-last album The Beatles recorded as a functioning group. The original idea was for the band to cap it off with a performance and to also release a making-of documentary. But the album documentary back then, directed by Michael Lindsay-Hogg, ended up seeming to capture the group’s disintegration in real-time. Turning it into less a behind-the-scenes look at Let it Be, and more a making-of film about the most famous breakup in rock history.

Decades later, Peter Jackson gets hold of the original footage. He restores it and re-assembles it into a new package — a three-episode, six-hour docuseries streaming now on Disney+. And, voila. Fans around the world feel like the story now has a better ending. That the bandmates weren’t at each other’s throats 24/7. That the breakup was sort of blown out of proportion. Because here, here is visual proof. Lindsay-Hogg must have gotten it wrong.

Only, everybody is forgetting one thing.

The Beatles during the “Get Back” sessions, 1969

Yes, this is a great story that’s told in the Get Back docuseries. But it’s not the whole story. I can understand and sympathize with fans who feel like this changes everything they thought they knew. But you can’t point to the roughly six hours of footage herein as a basis for that. Because Jackson and his team ended up sifting through some 56 hours of footage, in total, for the project.

Meaning, there’s still a staggering amount of Beatles footage from this era (another FIFTY hours or so) that Jackson couldn’t shoehorn into this project for one reason or another. Which is to say: The original perceptions about the end of the group could very well still hold up. Assuming all that extra content ever gets released.

Ultimately, of course, this is a minor quibble. The details about how and why the band broke up are immaterial at this point. If you want to point to the Disney+ series as proof that a lot of what we knew about the group is wrong, have at it. I suspect that everything still in the vault might put the lie to that assessment, but one thing won’t change:

The group’s incomparable music will always be with us, as fresh and dynamic today as it was then. Come to think of it, watching how loosely and unstructured the group operated in this docuseries, it will always be amazing that we got as much, and of the quality, that we did.

Disney Plus The Beatles