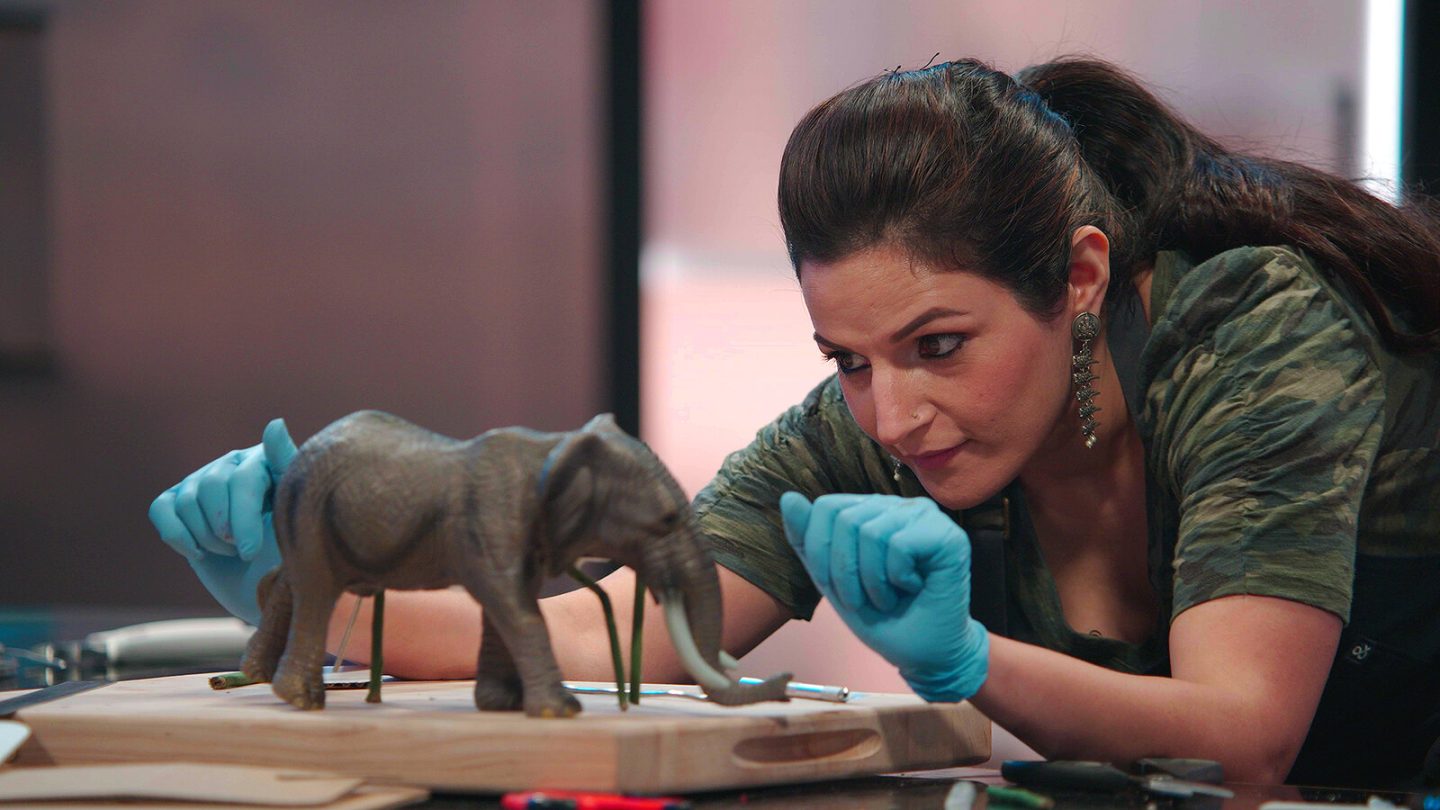 It was only just released on Netflix over the weekend — on Friday, March 18. Yet the new Netflix original series Is it Cake?, a game show hosted by SNL’s Mikey Day, has already earned a delicious accolade for itself.

This 8-episode series, which has perplexed and bemused both critics and fans alike, somehow shot all the way up the Netflix charts to become the streamer’s #1 series in the US at the moment.

“Deception is the name of the game for the world’s most talented bakers who will compete to create hyper-realistic cakes that look exactly like everyday objects — with cash on the line,” Netflix teases about the show. “But are they good enough to deceive a panel of celebrity judges … and you?”

If you haven’t checked it out yet, here’s how episode one of Is it Cake? begins.

Day, the host, presents contestants with a set of real everyday objects. With one fake object, made out of cake, included in the bunch. The contestants who correctly spot the fake get to compete in episode one. Competing means choosing an everyday object to make their own baked cake look like — which will then be hidden amid a set of real versions of that same object, to see if a panel of guest judges can be fooled.

Fool the judges, and the winner gets a $5,000 cash prize. As well as the chance to compete for an additional $5,000. That second part involves one more round of guesswork. At the end of episode one, the winner is shown two bags of cash, both of them stuffed and overflowing with money. One is real, while one is made out of cake, and a correct guess gets you the real cash therein.

Is it Cake trailer

You can check out the trailer for the new series below.

We alluded above, meanwhile, to the degree to which this show has divided opinions. Some of the most recent Rotten Tomatoes user reviews, for example, show how there are people who think the show is pretty terrible:

Meanwhile, as far as critics go? These are some of the takes that especially surprised me. Since Is it Cake? is the kind of thing you might expect critics and reviewers to universally dunk on.