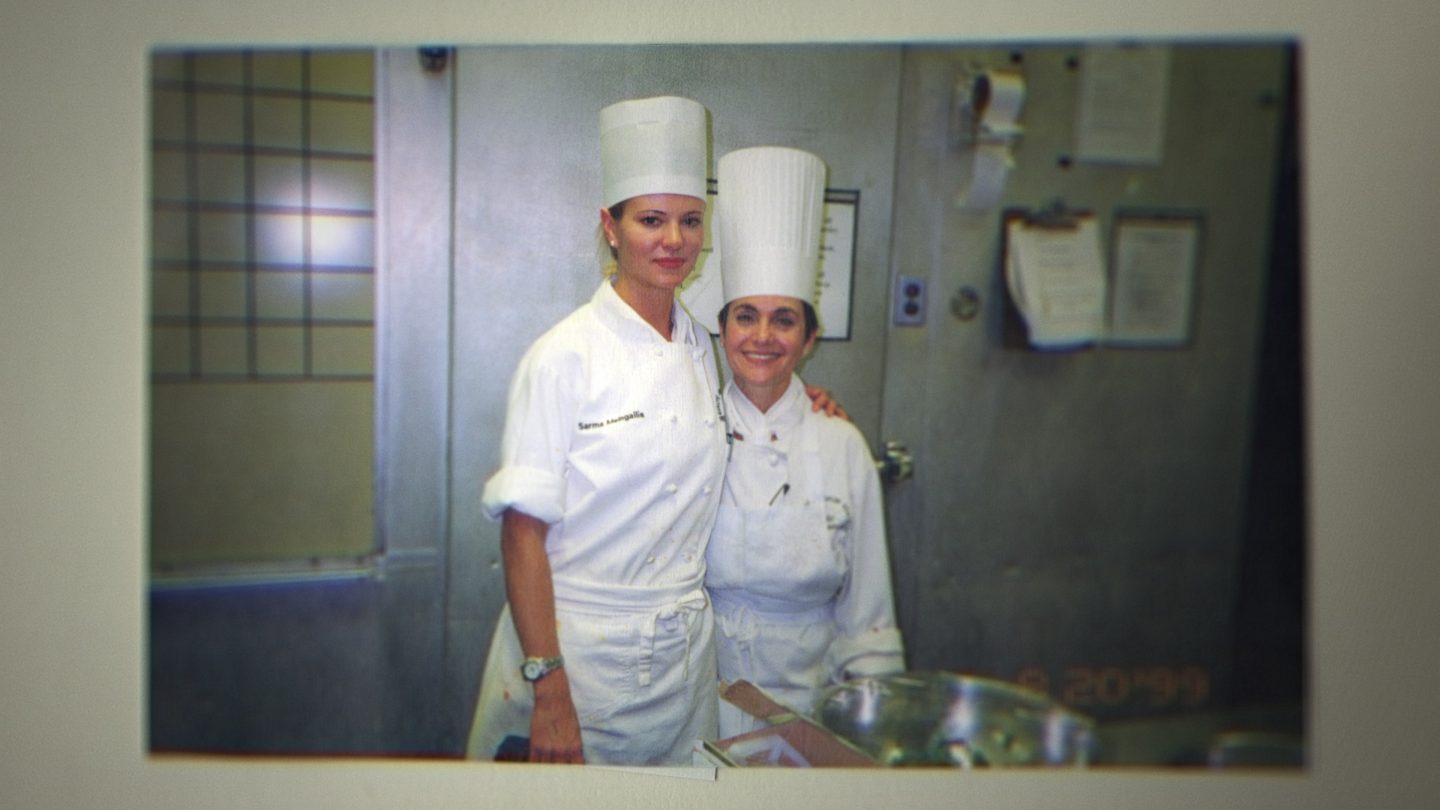 “So, I’m just supposed to do whatever you say and listen to your instructions and …” The angry-sounding man cuts her off. “YES! You signed on to this! You told me you wanted happily ever after!” This is the voice of the conman at the heart of Bad Vegan, Netflix’s wild new true-crime series that debuted on the streaming platform on Friday. And which, at least as of the time of this writing, has a perfect 100 percent critics’ score on Rotten Tomatoes.

Continues the sort of emotional puppet master of a scammer, who sinks his hooks into a popular chef (the titular “bad vegan” of the series), “If I tell you to take all your money out of the bank and light it on fire … do it.” Such was the power of his charisma, that down the rabbit hole she let herself tumble.

Is Bad Vegan a true story?

This true-crime series is based on a real-world series of events — specifically, on a conman and the woman who loved him enough to do some indefensibly stupid things. Sarma Melngailis was the celebrity restaurateur behind the once uber-chic New York hotspot Pure Food and Wine. After meeting a man on Twitter in 2011 named Shane Fox, however, she started siphoning money away from her restaurant. And funneling the cash to Fox, who had started conning her into believing he could make all of her dreams come true.

Those promises, by the way, included not just a guarantee to help expand her food empire. But also, strangely, assurance that he could make her beloved pitbull live forever. The only catch? Melngailis has to obey every single instruction from Fox, without question.

“A few years later the couple, now married and on the lam after stealing nearly $2 million from the restaurant and its staff, are found holed up in a Tennessee motel by law enforcement,” Netflix’s description continues. “Their undoing? A charge made under Fox’s real name, Anthony Strangis, for a Domino’s pizza.“

As noted, this four-part Netflix series has come right out of the gate with a 100 percent critics score on the Rotten Tomatoes review aggregation website. “By not just telling us about the scam, but letting us feel a little of it ourselves, Bad Vegan gives us something less smug,” one of the Rotten Tomatoes critics’ reviews (from Vox) notes. “And a little more of a story worth telling.”

It’s not just on Rotten Tomatoes where the new series is crushing it at the moment, by the way. As of Sunday, March 20, Bad Vegan is also the #1 TV show on Netflix in the US.

“The most bizarre and surreal story I’d ever heard”

In Netflix’s press material that accompanies the series, producer Mark Emms explains how he and Sarma met up in New York prior to her beginning her incarceration at Rikers Island. Turns out, he’s known her for more than 15 years. And he thought that this whole mad situation “was the most bizarre and surreal story I’d ever heard.”

Emms continues: “How and why did this nightmare happen to someone like Sarma? It was also a story that I found deeply shocking and cruel, and it felt important that it be told to a wider audience. I had never made a documentary before, but I knew I needed to get this made.”

Like Emms, meanwhile, ordinary Netflix viewers have found this whole thing similarly shocking and surreal. “Watching #BadVegan. There is no way this woman graduated from Wharton, ran a multi-million $ business in NYC and is as (expletive) stupid and clueless as she’s trying to make out,” one Twitter user wrote. “I’m not buying it. She’s a bad liar, not a bad vegan.”

Marveled another: “Watching Bad Vegan and this Sarma woman is taking no accountability. Girl, you thought your dog was gonna be immortal. You are not a victim here.“