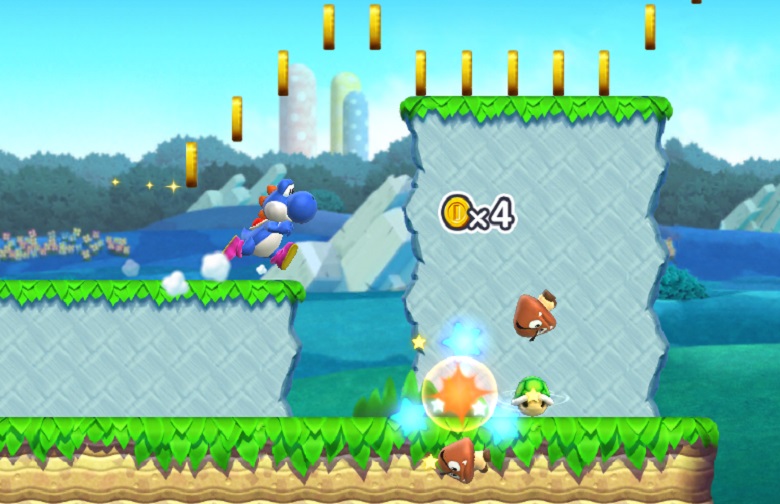 After months of anticipation, Super Mario Run finally launched for Android devices on Thursday. Along with arriving on a new platform, the app also received a massive update that adds new content for both free and paid players, giving iOS users who might have already spent hours with the game a reason to jump back in and Android users a host of reasons to check out the game after hearing about it for months.

You can read the full release notes for the update below, but we’ll highlight some of the most significant changes first. Perhaps the most substantial addition in version 2.0.0 is that of the new playable characters. Players can now collect a Red, Blue, Yellow and Purple Yoshi to go along with the Green Yoshi. While the colorful Yoshis play the same as Green Yoshi, a notification within the app explains that in Toad Rally, Toads of a certain color will come in greater numbers to cheer on Yoshis of a similar color.

Version 2.0.0 of Super Mario Run also gives free players more to do before they hit the paywall. If you have the free version of the game, you can now complete one of Bowser’s challenges to unlock course 1-4, which happens to be the game’s first castle stage, in which you will face off against Bowser himself.

If you can beat course 1-4, you will also gain access to new courses in the Toad Rally mode, allowing you to collect green and blue Toads as well as the red Toads that were previously available to free players.

These are the highlights of the update, but you can read about the other changes below:

■New playable characters added!
You can now get different colored Yoshis to join! Play Toad Rally with a Yoshi of a particular color to get more Toads of that color!

If you clear course 1-4…
・ You will get new courses to play in Toad Rally! On the newly playable courses, red Toads will also be joined by blue and green ones to cheer you on!
・ You will be able to get buildings from the Shop that you previously couldn’t using those blue and green Toads. Among the buildings you can get is the Blue Yoshi’s House, which lets Blue Yoshi join your adventure!

■Easy Mode can now be selected at the entrance of World Tour courses.
You’ll now be able to clear those trickier courses using Easy Mode!

■The appearance rates of different colored Toads in Toad Rally has been adjusted.
You’ll be able to get lots of Toads and use them to get more buildings!

■Adjustments have been made to the tutorial to make it easier to understand.
The tutorial will appear upon launching the game for the first time. Or, you can access it any time by tapping the How to Play button on the lower-right corner of the World Tour screen.
Learn all about Mario’s special actions, pink coins, and more!

■Other changes and improvements.